Apple's iPhone X to Get Replaced Due to FaceID Issue, Users May Get a New Device 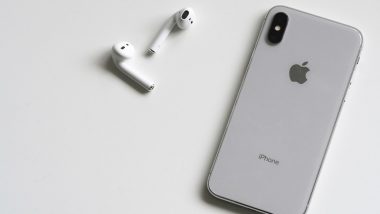 San Francisco, May 8: iPhone X owners who are facing the problem with the FaceID unlock scanner may get a new device if their smartphone cannot be repaired, a report has claimed. According to a report in MacRumors, the Cupertino-based company "updated its service policy for a limited number of iPhone X units that might be experiencing issues with Face ID".

The policy said that the support personnel must first try to fix the rear camera if Face ID problems are present. If the issue is not resolved, Apple would replace the whole unit instead of repairing the same device. "In order to provide the best customer experience, if a customer reports that their iPhone X is having Face ID issues, you may be able to resolve the issue with a rear camera repair," MacRumors quoted Apple as saying.

"Run AST 2 on the customer's device to check the camera. If the diagnostics find issue with the camera, perform the repair to see if the issue is resolved. If the issue is not resolved, perform a whole unit replacement instead of a same-unit display repair," the company has said.

According to the Daily Telegraph, the tech giant admitted the problem that reportedly lies in the rear camera of the device. The report mentioned that the TrueDepth camera at the front and the telephoto lens at the back are linked. iPhone X sports a unique "FaceID" facial recognition system to unlock the device. The feature is enabled by a 'True Depth' camera system in the A11 neural engine. It is basically a 3D face scanner that uses several components to analyse a person's face and verify identity. It is also expensive to fix.

(The above story first appeared on LatestLY on May 08, 2018 11:32 AM IST. For more news and updates on politics, world, sports, entertainment and lifestyle, log on to our website latestly.com).