Google I/O 2020: Android 11 Beta Launch Event Postponed Amid Protests in the US 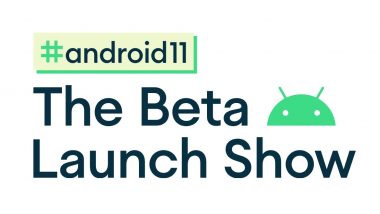 Google has officially announced that it has postponed the launch of its Android 11 beta. Previously, the company officially announced through its Twitter account that the event will be a digital one because of the Pandemic and it was scheduled to happen on June 3, 2020. But, now the event will be held on a later date. Interestingly, the Android 11 beta version was supposed to be Google‘s showstoppers for the I/O 2020 event. But, the event has been cancelled due to the pandemic. Google Pixel 4a Launch Reportedly Push to July 13; Expected Prices, Features & Specifications.

The first stable version for the new Android version is generally rolled out in the third quarter. As of now, there is no official confirmation from the company if the same will also be delayed due to coronavirus. The delay of Android 11 beta event also coincides with the postponement of Pixel 4a smartphone, which was expected to break covers at the Google I/O 2020 event. Due to various reasons, the handset is still to make its global debut. 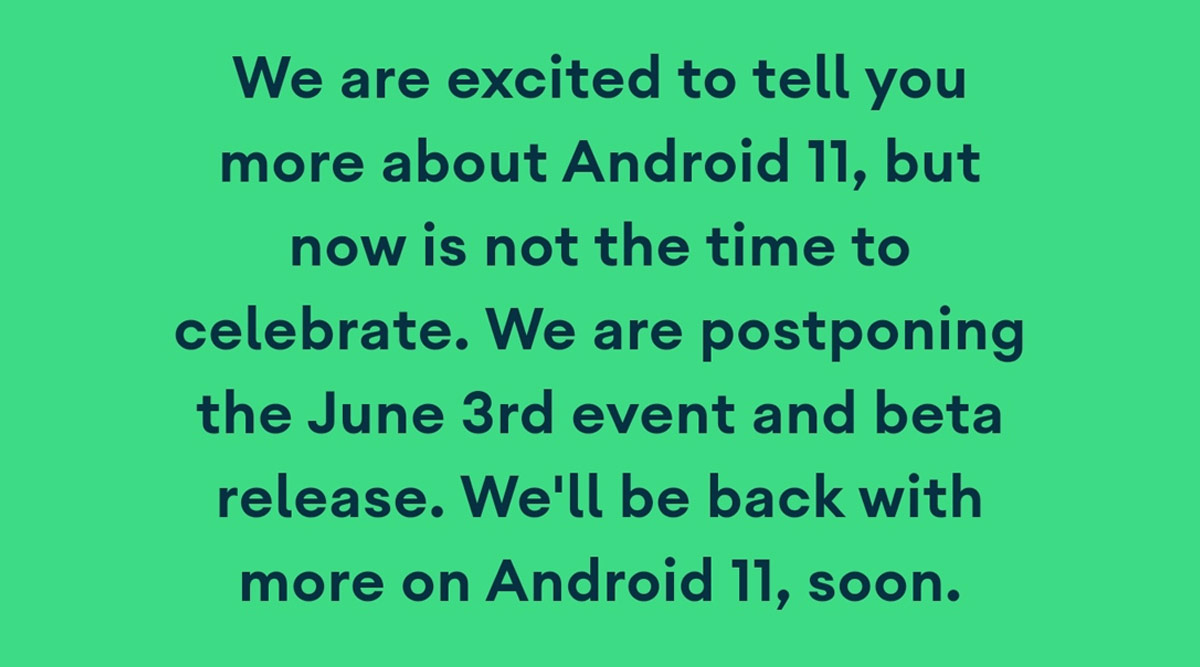 It is important to note that Android 11 is the first version of the OS to come without a dessert name which was announced last year. The company mentioned in a statement that, “We are excited to tell you more about Android 11, but now is not the time to celebrate. We are postponing the June 3rd event and beta release. We’ll be back with more on Android 11, soon.”

We are excited to tell you more about Android 11, but now is not the time to celebrate. We are postponing the June 3rd event and beta release. We'll be back with more on Android 11, soon.

There are several reasons for the delay in the event. Certainly, the company doesn't want to introduce a new product when people are protesting on the streets in the US. People are expressing their anger towards the death of George Floyd in Minnesota. The protest extended beyond conflict and the cops were forced to take extreme measures.

(The above story first appeared on LatestLY on May 30, 2020 11:40 PM IST. For more news and updates on politics, world, sports, entertainment and lifestyle, log on to our website latestly.com).