Several users are reporting that they are unable to use Google services precisely Gmail and Drive. They have reported that Google's mailing platform is not letting them send an email or attach files. 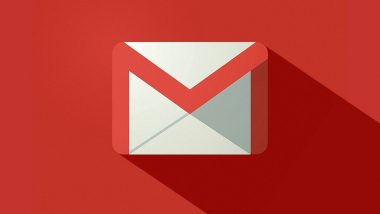 Google services such as Gmail & Drive has suffered a major outage across India. Several users are reporting that they are unable to use Google services precisely Gmail and Drive. They have reported that Google's mailing platform is not letting them send an email or attach files. According to DownDectector reveals that the issue is not just for the people in India, but also in Japan, Australia & all across the world. Gmail Down: Google Mail And Drive Outage Cause Trouble For Users Across The World. 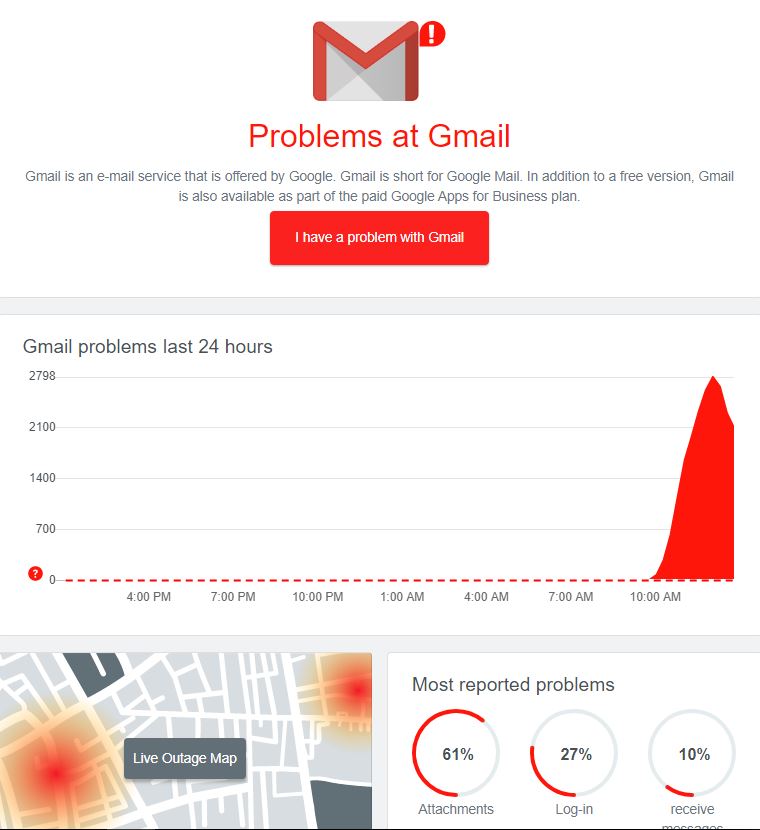 According to the reports, Google and its engineering team are currently investigating the issue. The American multinational tech giant has confirmed the outage on its status page. It reads, "We're investigating reports of an issue with Gmail. We will provide more information shortly".

GMAIL IS DOWN. I can't decide if this is wonderfully liberating or wildly stressful 🤷‍♀️

Frustrated with issues related to Gmail and Google Drive, the users took to Twitter for expressing their frustration regarding the same.

Users across the globe unable to access #Gmail since morning and Downdetector confirms the situation. Hopefully, it'll be back soon #gmaildown pic.twitter.com/DjlwLh6YFx

The microblogging platform has been flooded with queries wherein users are not able to send emails or even add attach files.

Is #gmail down for anyone? Unable to send an email. Keep getting a network error. (But network is fine!)

Notably, this is the second instance in two months that Gmail has suffered such huge outage. Last month, Google users faced distressing time in India as G Suite services went down for several hours.

(The above story first appeared on LatestLY on Aug 20, 2020 01:10 PM IST. For more news and updates on politics, world, sports, entertainment and lifestyle, log on to our website latestly.com).