After launching the Pixel 6 Series smartphones, Google is planning to launch a mid-range smartphone called 'Pixel 6a'. Ahead of the Pixel 6a launch, renders and specifications of the phone have been leaked by OnLeaks in partnership with 91Mobiles. 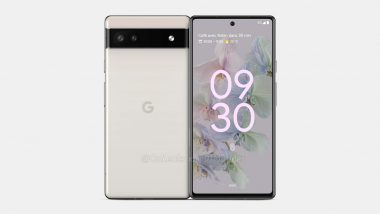 After launching the Pixel 6 Series smartphones, Google is planning to launch a mid-range smartphone called 'Pixel 6a'. As a reminder, the Pixel 6 Series comprises Pixel 6 and Pixel 6 Pro handsets. Ahead of the Pixel 6a launch, renders and specifications of the phone have been leaked by OnLeaks in partnership with 91Mobiles. The renders reveal a punch-hole display and a Pixel 6-like rear camera system. Google Pixel 6 & Pixel 6 Pro Will Not Be Launched in India, Here’s Why. 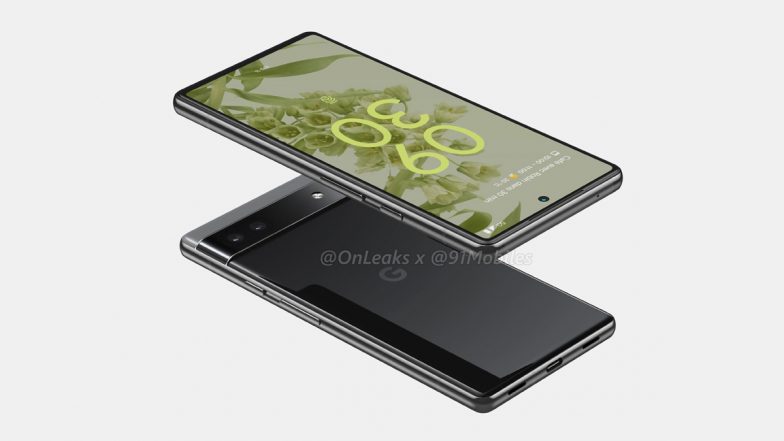 As per the leaked renders, the device will get a glass black and dual-tone finish. The camera module looks similar to Pixel 6, consisting of two sensors with an LED flash. The volume rockers and power buttons are located at the edge on the right side. Upfront, a punch-hole cut-out can be seen. On the bottom, there is a USB Type-C port with two grilles. In addition to this, there is a SIM card slot on the left bottom side of the smartphone. 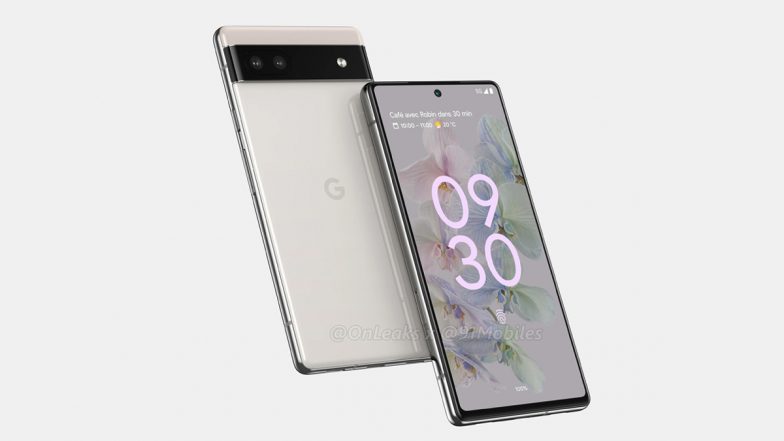 Google Pixel 6a could feature a 6.2-inch flat OLED display. It is likely to be powered by either a mid-range Tensor processor - Tensor Lite or a Snapdragon 778G chipset. The handset is expected to come with 6GB or 8GB of RAM and up to 128GB of internal storage. It might run Android 12 out of the box with security updates of up to 5 years. The rear primary camera might be similar to the Pixel 6 phone i.e. a 50MP lens with a Samsung ISOCELL GN1 sensor.

(The above story first appeared on LatestLY on Nov 22, 2021 10:31 AM IST. For more news and updates on politics, world, sports, entertainment and lifestyle, log on to our website latestly.com).