Likely to be called Infinix Hot 10S, the company will pack the handset with an advanced chipset for high-end gaming and top-notch features. 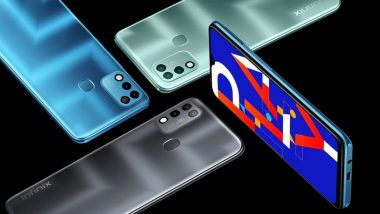 Infinix is expected to add a new smartphone under its Hot series for the Indian market. Likely to be called Hot 10S, the company will pack the handset with an advanced chipset for high-end gaming and top-notch features. The upcoming Infinix smartphone reportedly will come in two variants.

The handset will be an upgrade over the Hot 8, which could be launched in the country soon, probably in the second week of May. However, there is no official announcement yet from the company.

In terms of specifications, the phone reportedly will sport a 6.82-inch HD+ TFT ‘Ultra Smooth Display’. Under the hood, there will be powered by a MediaTek Helio G85 processor. The SoC will be mated with 6GB of RAM and 128GB of onboard storage. On the software front, it will run on Android 11 out-of-the-box.

Offering a long battery life, Infinix will add a massive 6,000mAh battery under the skin, which will offer 62 days of standby time. For photos and videos, there will be a triple camera setup at the back. It will include a 48MP primary lens assisted by a 2MP sensor, and an AI lens. There will be an 8MP shooter for selfies and video calling.

(The above story first appeared on LatestLY on Apr 30, 2021 12:08 AM IST. For more news and updates on politics, world, sports, entertainment and lifestyle, log on to our website latestly.com).