Mozilla, the firm behind the popular web browser Firefox, recently announced that it will end support for its Firefox Lockwise password manager next month. 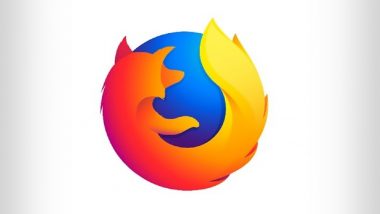 New Delhi: Mozilla, the firm behind the popular web browser Firefox, recently announced that it will end support for its Firefox Lockwise password manager next month. According to a blog post from Mozilla, after December 13, 2021, one will no longer be able to install or reinstall Firefox Lockwise from the App Store or Google Play Store. iOS version 1.8.1 and Android version 4.0.3 will be the last releases for Firefox Lockwise.

The application may continue to work on a device, but it will no longer receive support or security updates. Mozilla has also emailed users to inform them about the latest update.

"The Firefox Lockwise app will no longer be updated and supported by Mozilla and will not be available in the Apple App and Google Play Stores," Mozilla said in its e-mail.

"After that date, current Lockwise users can continue to access their saved passwords and their password management in the Firefox desktop and mobile browsers."

To recall, Firefox Lockwise debuted in 2019 as a way for iOS and Android users to create, manage, and sync passwords across devices.

(The above story first appeared on LatestLY on Nov 24, 2021 05:24 PM IST. For more news and updates on politics, world, sports, entertainment and lifestyle, log on to our website latestly.com).