PUBG universe is expanding with a new mobile title for Android and iOS called PUBG: New State, which catapults the battle royale ahead in time for a more futuristic take on the massive multiplayer genre. 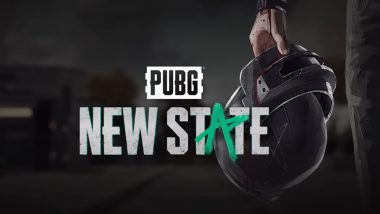 Beijing, Feb 25: PUBG universe is expanding with a new mobile title for Android and iOS called PUBG: New State, which catapults the battle royale ahead in time for a more futuristic take on the massive multiplayer genre. Set in 2051, the game takes place years after the current PUBG games -- which are set in approximately modern times -- on a new map called Troi and promises to bring with it a slew of near-future weapons and vehicles, like drones and deployable combat shields. PUBG Banned in India: Gaming App Among 118 Chinese Mobile Apps Banned by Modi Government; Check Complete List.

Based on the early images, it's a similar vibe to fellow shooter Call of Duty's semi-futuristic military tech from games like Black Ops 3 and 4, The Verge reported on Wednesday. The new game is also set to dive deeper into the lore of the overall PUBG universe, which is apparently a thing that surprisingly exists for a game whose most notable cultural signifier is the use of a cast-iron skillet as a weapon. 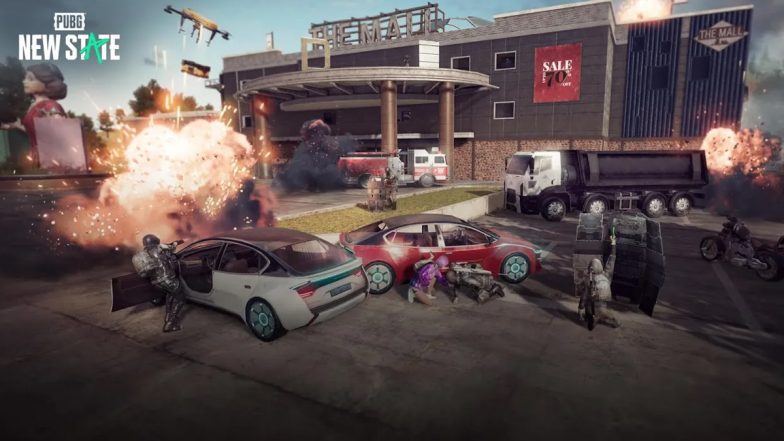 *Pre-order for iOS will start at a later date pic.twitter.com/VRazHJEG4g

PUBG: New State also promises to shake up the formula for PUBG games, with in-game weapon customization options that will allow players to modify their weapons within a match in a way that sounds similar to Apex Legends' weapon attachments. The game marks the third battle royale game under the PUBG umbrella -- although, unlike its mobile cousin PUBG Mobile, PUBG: New State will be developed by PUBG Studio, the company behind PlayerUnknown's Battlegrounds, the PC and console version of the original game. PUBG Mobile is a separate title developed by Chinese tech giant Tencent. The game will be available on Android and iOS later in 2021, with alpha tests also set for later this year.

(The above story first appeared on LatestLY on Feb 25, 2021 05:06 PM IST. For more news and updates on politics, world, sports, entertainment and lifestyle, log on to our website latestly.com).