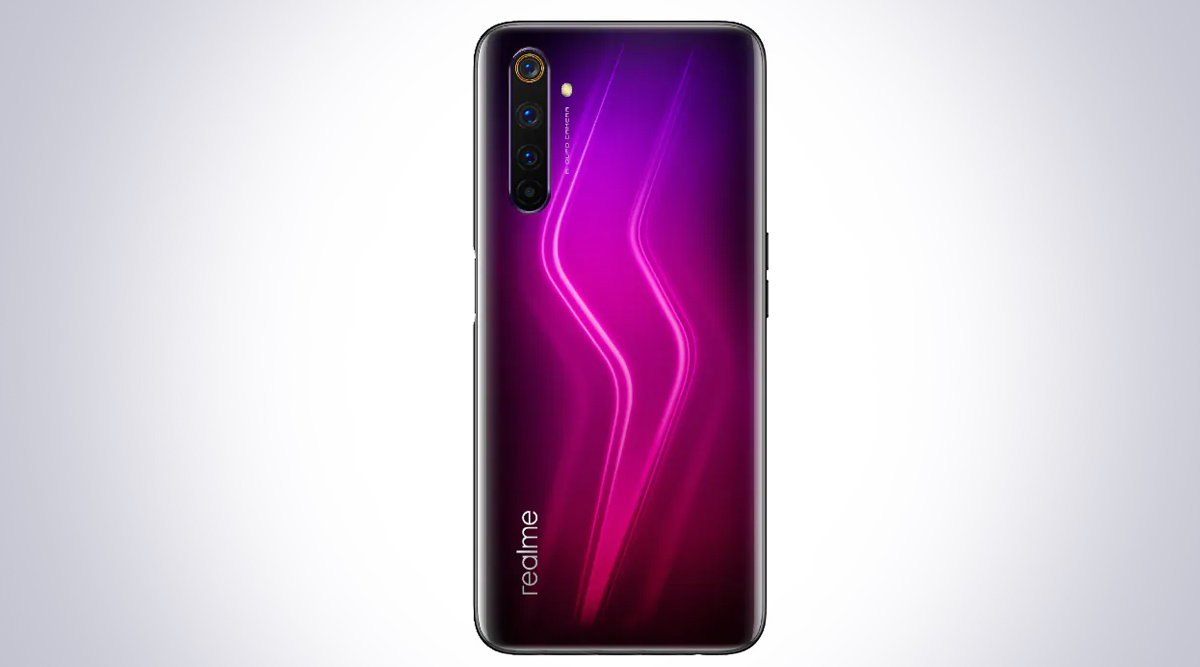 We previously reported that Realme will be launching Realme 6 series in India on March 5. Just ahead of the launch, a fresh render of Realme 6 Pro has surfaced online revealing design details and other key specifications. Additionally, a new report also suggests the probable processor that could be seen on the Realme 6 Pro. Interestingly, the Chinese smartphone maker has been revealing details of the upcoming Realme 6 series stage-wise. Now, the company has confirmed that the phones will be powered by 64MP main camera supporting 20X zoom. Realme 6 Series Scheduled To Be Launched in India on March 5; Salman Khan Roped in As Its Brand Ambassador.

Courtesy of Chinese tipster - Digital Chat Station, a render of an upcoming Realme phone surfaced on the internet. Though, the tipster didn't mention the name of the device, but it is quite evident that it could be Realme 6 Pro, particularly because of the camera alignment. Moreover, the official teasers from the company show such similar rear camera module on the Realme 6 Pro. Hence, it is speculated that the render image leaked by the tipster is reportedly of Realme 6 Pro. Also, there is no clarity on the part, so it is suggested to take it with a pinch of salt. Realme X50 Pro 5G Smartphone Launched in India From Rs 37,999; Prices, Features & Specifications.