Realme has launched two new smartphones under its Q5 series - vanilla Q5 and Q5 Pro. Both the devices will be available for first sale in China starting April 27, 2022 with a discount of 100 Yuan. 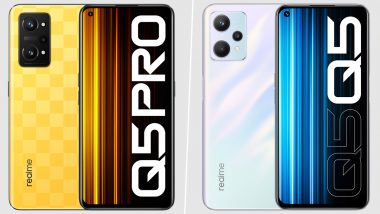 It was earlier this week that Realme introduced Realme Q5i in the home market. The Chinese tech giant now has launched two new smartphones under its Q5 series - vanilla Q5 and Q5 Pro. Both the smartphones will be available for first sale in China starting April 27, 2022 with a discount of 100 Yuan. While the prices for the Realme Q5 starts from 1,299 Yuan (around $202), the Realme Q5 Pro is priced from 1,799 Yuan (around $280). Realme Narzo 50A Prime India Launch Set for April 25, 2022. 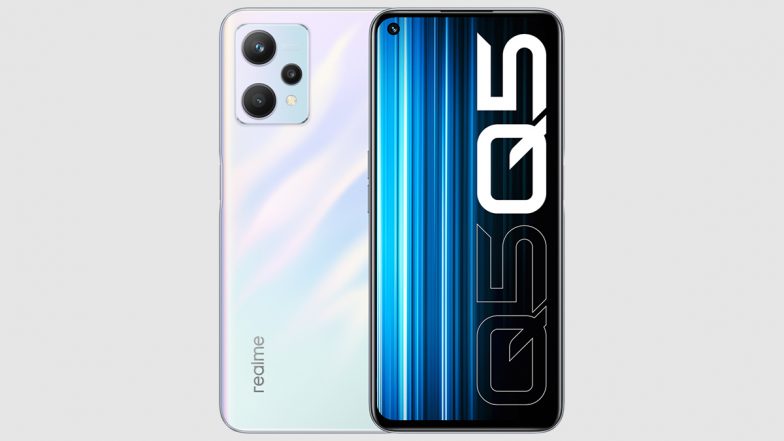 As far as specifications are concerned, the Realme Q5 sports a 6.58-inch FHD+ LCD punch-hole display with 120Hz refresh rate. It comes powered by a Snapdragon 695 SoC paired with up to 8 GB of RAM and 256GB storage. It packs a 5,000mAh battery with 60W fast charging support. The device runs on Android 12 OS based on Realme UI 3.0. For photos and videos, Realme Q5 has a triple rear camera setup consisting a 50MP primary lens and two 2MP auxiliary snappers for macro and depth images. Upfront, there's a 16MP shooter for selfies and video calls. 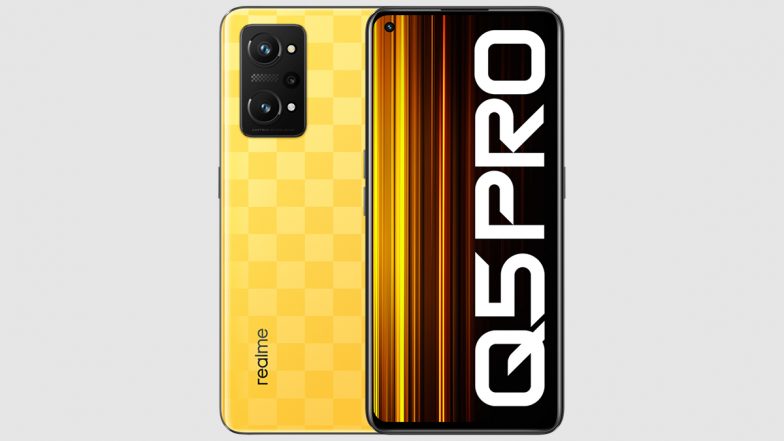 Realme Q5 Pro, on the other hand, gets a 6.62-inch FHD+ AMOLED E4 display with a 120Hz refresh rate and screen-to-body ratio of 92.6 percent. Under the hood, the phone has a Snapdragon 870 SoC coupled with up to 12GB of RAM and up to 256GB of storage. It houses a 5,000mAh battery supporting faster 80W charging. It also gets a triple rear camera module comprising of a 64MP main lens accompanied by an 8MP ultrawide lens, and a 2MP macro camera. Like the vanilla Q5 smartphone, the Q5 Pro also features a 16MP snapper for selfies and video calls.

Realm also announced a limited-edition model of the Realme Q5 Pro, which comes in a special package based on the Time Agent anime characters. It includes yellow variant of the Q5 Pro, a protective case, a Realmeow keychain, stickers, and collection cards. The price of limited-edition model has been set at 2,299 Yuan (around $358). 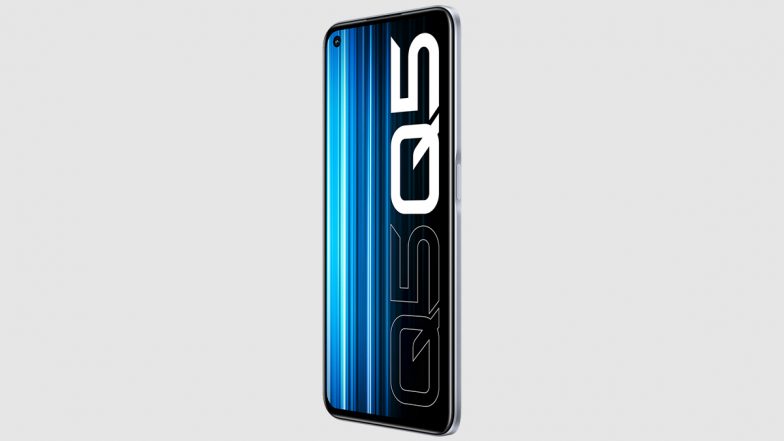 (The above story first appeared on LatestLY on Apr 21, 2022 11:31 PM IST. For more news and updates on politics, world, sports, entertainment and lifestyle, log on to our website latestly.com).