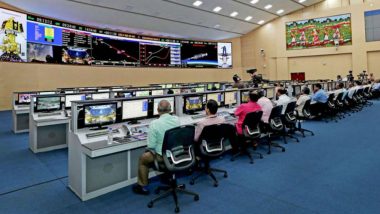 New Delhi, July 1: Chandrayaan 3, India's third lunar exploration mission by Indian Space Research Organisation (ISRO), is planned for launch in 2021. Giving details about the India's third ambitious mission to the moon, Union Minister Dr Jitendra Singh on Monday said the Chandrayaan 3 mission will involve a lander, rover and a propulsion system to carry the modules to move. Singh said the third mission to the moon will not involve an orbiter as the previous orbiter, i.e. Chandrayaan 2's orbiter, is fully operational. "As of today, Chandrayaan 3 mission is planned for launch next year. This mission would not have orbiter as the previous orbiter is fully operational" he added.

The Chandrayaan 3 mission follows Chandrayaan-2 where a communication snag disrupted ISRO’s soft landing attempt after a successful orbital insertion. Chandrayaan-2 mission was India's first attempt to land on lunar surface. The ISRO had planned the landing on the South Pole of the lunar surface.  ISRO had launched the Chandrayaan 2 onboard a GSLV Mk III rocket consisting of an orbiter, a lander and a rover. The lander was scheduled to touchdown the lunar surface in September to deploy the rover Pragyan. Chandrayaan-1 was the first Indian lunar probe under Chandrayaan program but it wasn't successful as almost 300 days into the mission, ISRO lost connect with it on August 28,  2009. Private Sector to Be Allowed to Build Rockets, Provide Launch Services for Space Missions, Says ISRO Chief K Sivan.

Earlier this month, ISRO chief K Sivan had said that as many as 10 space missions being prepared for launch this year have been “disturbed” due to the coronavirus-induced lockdown besides delay in the human space and Moon missions. “All our missions (including Chandrayaan-3) have been impacted,” he said. He added saying that the space agency has to assess the impact of the lockdown on Gaganyaan.

Talking about the Gaganyaan Mission, Union Minister Dr Jitendra Singh had said that the launch of India’s first human space mission “Gaganyaan” will not be affected by COVID pandemic and preparation are carrying on in the right direction. Singh added saying that the training of astronauts has now been resumed and the launch is scheduled to take place as planned, before the 75th anniversary of India’s independence in 2022.

(The above story first appeared on LatestLY on Jul 01, 2020 04:16 PM IST. For more news and updates on politics, world, sports, entertainment and lifestyle, log on to our website latestly.com).