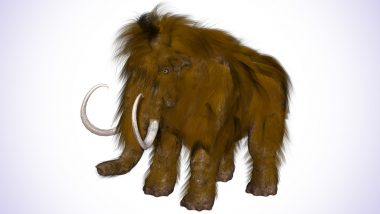 A mammoth discovery would be the apt words to describe the recent findings in Mexico city's construction site. As many as 200 skeletons of a mammoths were uncovered from an airport construction site north of Mexico City. Archaeologists are calling the site "mammoth central" which is an ancient lakebed that trapped the giant elephant-like beasts in marshy soil. These findings may help in understanding the cause of their extinction. There is still a part remaining to be uncovered and this is not the first time mammoth bones have appeared here. Woolly Mammoths to Make a Comeback? Scientists to Clone Giant Relatives of Elephants in Lab.

The construction official are wanting to build a new airport here but this discovery has been coming  in the way. They have to be extra careful that no bones are destroyed during excavating the land here. This is not the first time, bones of these Ice Age animals have been found here. Earlier this year, skeletons of upto 60 mammoths had been found here. With the rising numbers, this “mammoth central,” site is now the largest collection of dead mammoths in the world. A large number of bones are yet to be excavated.

There is still a debate among the scientists about the exact time of mammoths' extinction, some say about 4,000 years ago. The site of the airport is just 20 kms away from the shallow traps that were dug by early inhabitants to kill these animals back then. But archaeologists suspects they died natural deaths and were not trapped by the humans. Those that died at the site itself may have got stuck in the mud of an ancient lake bed and passed away from natural cause.

Along with the bones, archaeologists have also found dozens of mammoth bone tools, some that were used as cutting equipments. Paleontologist Joaquin Arroyo Cabrales said the airport site "will be a very important site to test hypotheses" about the mass extinction of mammoths. At the moment these mammoth skeletons seem to be everywhere around the site but that has not halted the airport construction because of its huge size.

(The above story first appeared on LatestLY on Sep 04, 2020 03:49 PM IST. For more news and updates on politics, world, sports, entertainment and lifestyle, log on to our website latestly.com).