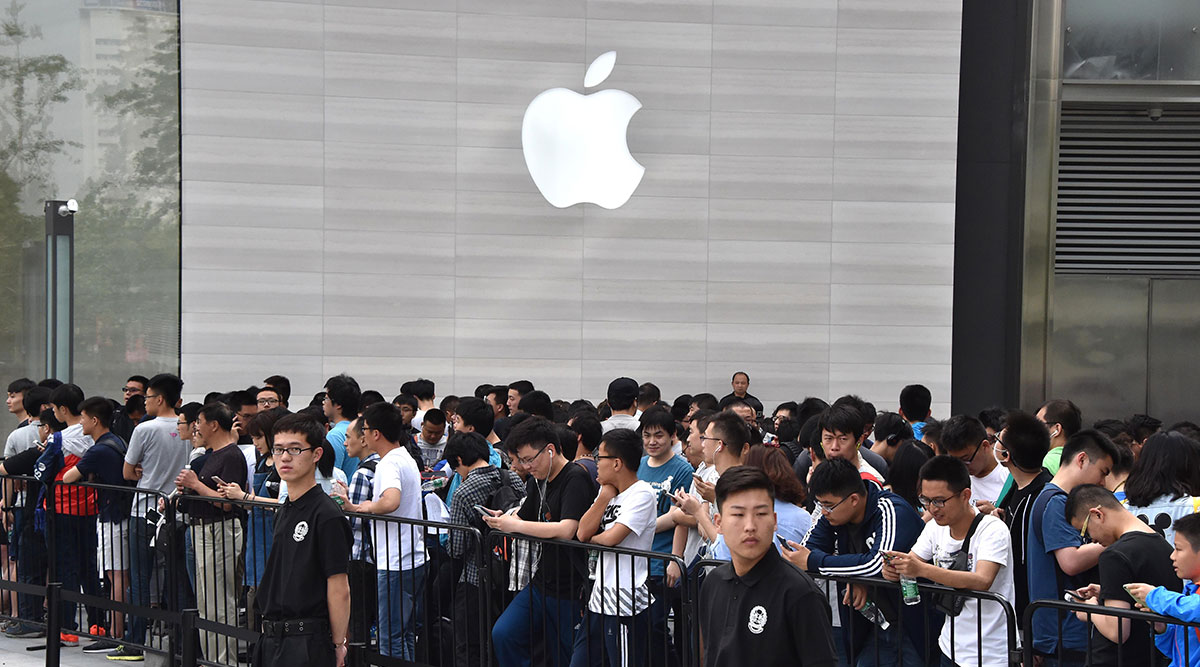 San Francisco, Jan 2: The Cupertino-based tech giant Apple is reportedly planning to reintroduce a fingerprint scanner on at least one high-end iPhone model this year. Latest patents and leaked data claims that the top-end 2020 iPhone will feature a notch-free front display, with Touch ID moved under the screen and Face ID ditched, LetsGoDigital reported recently. As per report, Apple's suppliers are finalising the development of a full-screen display for 2020 iPhone model. 2020 Apple iPhones Might Come With Bigger Batteries: Report

Additionally, iPhone maker had earlier applied for three design patents in Japan for a smartphone without any display notch. Meanwhile, Apple is also looking forward to launch an e-sports-centric high-end Mac at its annual WWDC developers conference this year, according to a media report. 2020 Apple iPhones To Come With Samsung&#8217;s OLED Display: Report

This will be the first time Apple will enter such a segment and it is still not officially disclosed whether this will be a desktop computer or a high-end MacBook Pro, though rumours state that it might be an iMac. The report claims that the computer may be a large-screen laptop or all-in-one desktop with a price tag of up to $5,000.