WarnerMedia’s HBO Max Video Streaming Service to Be Launched on May 27; Will Take On Netflix, Amazon Prime Video & Disney Plus

The new service will cost $14.99 per month, though it is expected to be free to most subscribers of AT&T phone and TV services, including DirecTV. 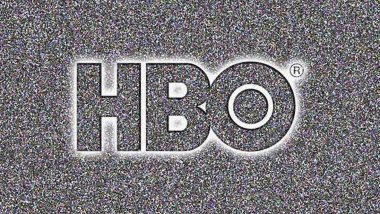 San Francisco, April 22: HBO Max, WarnerMedia's new streaming service designed to take on players like Netflix, Amazon Prime Video and Disney Plus, is set to debut on May 27 although it is yet to disclose countries where the service will be available first. HBO Max will offer an impressive direct-to-consumer experience with 10,000 hours of premium content. Netflix’s Screen Lock Feature Introduced; Will Allow Users to Lock Their Android Phones Screen to Avoid Accidental Touches.

It will include "the entire HBO service, together with beloved franchises, titles past and present from Warner Bros., the best of the best from around the world," the company said in a statement.

The new service will cost $14.99 per month, though it is expected to be free to most subscribers of AT&T phone and TV services, including DirecTV. Meanwhile, both Disney+ and Apple TV+ charging under $10 per month, but Warner believes that its library of content will justify its price. The Mandalorian: Disney Plus Series&#8217; Third Season is Already In the Works.

At launch, a handful of original shows will be available, on top of all the content already available on HBO Go/Now (Westworld, Game of Thrones), Boomerang (Loony Toons, Scooby Doo), and DC Universe (Titans, Doom Patrol). TV shows and films will be added from CNN, TNT, TBS, The CW, TCM, Adult Swim, and more, with series like "The Big Bang Theory" and "South Park" included. The original content will include "Tokyo Vice" with Ansel Elgort, a "Grease" spinoff, and a sequel to "Gossip Girl."

(The above story first appeared on LatestLY on Apr 22, 2020 12:56 PM IST. For more news and updates on politics, world, sports, entertainment and lifestyle, log on to our website latestly.com).