Microsoft, the American technology giant is all set to host a product launch event today. The launch event will commence at 11 am EST (8:30 pm IST) via the Windows Event page on the Microsoft website. 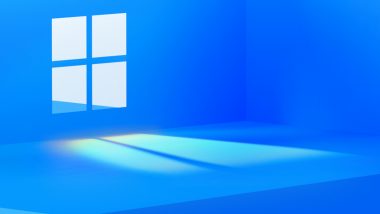 Microsoft, the American technology giant is all set to host a product launch event today. The company will officially announce the new generation of OS - Windows 11 during the event. The upcoming Windows 11 will be introduced as the successor to Windows 10, which was released in 2015. The launch event will commence at 11 am EST (8:30 pm IST) via the Windows Event page on the Microsoft website. Windows 11 Design Reportedly Leaked Online Ahead of Its Launch; Reveals New App Icons, Widgets, Revamped UI & More. 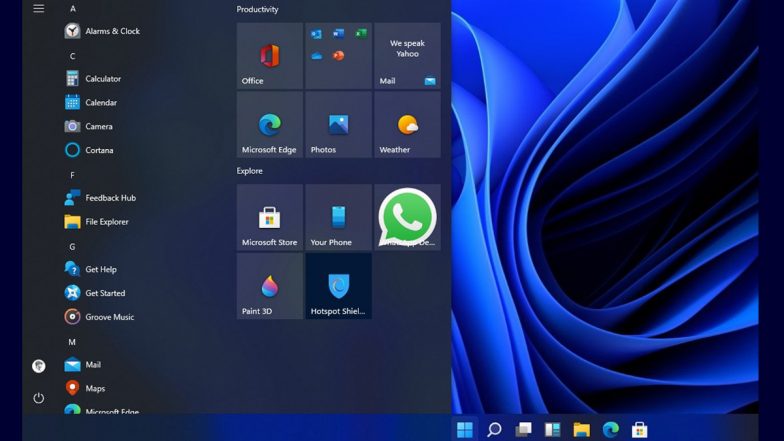 It is important to note that Microsoft has not officially confirmed the 'Windows 11' name, but it has been teasing the new version of Windows OS for the past couple of weeks. The teaser reportedly reveals a window shadow and outlining number 11.

In addition to this, Microsoft also reportedly released a video teaser with a startup sound of the new Windows version hinting towards the Windows 11 launch. Last week, the design of Windows 11 was leaked online by a Chinese website 'Baidu' which showcased a revamped UI, new app icons, widgets, centralised Start menu and more. 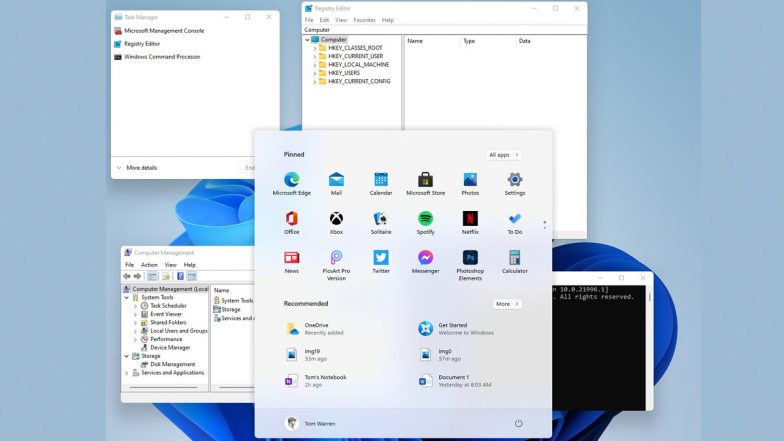 In addition to this, Tom Warren of 'The Verge' managed to compile some information about the leaked OS and had shared a video of the same on his Twitter account. As per the video, the Start menu looks similar to the one available in Windows 10X. In terms of design, Windows 11 could not be much different from Windows 10 but it might come with a tweaked user interface. The new OS could get a simplified and centralised Start menu, live tiles replaced by standard icons that showcase recent files, pinned apps etc. Windows 11 is also likely to come loaded with new snap controls which will allow access from the maximize button on all apps. The Windows 11 is expected to be made available to Windows 10 users soon after its announcement.

(The above story first appeared on LatestLY on Jun 24, 2021 11:54 AM IST. For more news and updates on politics, world, sports, entertainment and lifestyle, log on to our website latestly.com).