Amid the worsening ties between Australia and China, the latter on Friday formally arrested Cheng Lei, a Chinese-born Australian journalist with the state television news channel, CGTN. Lei has been in detention since last August for allegedly supplying China's secrets to foreign countries. 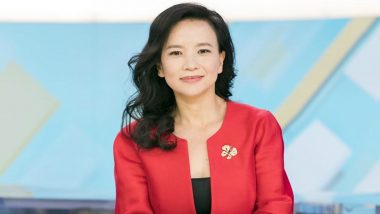 “The Australian government has raised its serious concerns about Ms. Cheng’s detention regularly at senior levels, including about her welfare and conditions of detention,” Foreign Minister Marise Payne said in a statement. "We expect basic standards of justice, procedural fairness and humane treatment to be met, in accordance with international norms,” added Payne. China-Australia Trade War: Anti-Dumping Measures Imposed on Australian Wine by Beijing.

Two Australian journalists were reportedly questioned about Lei last year while in China.“I believe the episode was more one of harassment of the remaining Australian journalists rather than a genuine effort to try and get anything useful for that case,” one of them had reportedly said after returning to Sydney. As per reports, Australia had last year warned its citizens in China over risk of arbitrary detention. However, China had dismissed it as disinformation.

(The above story first appeared on LatestLY on Feb 08, 2021 02:38 PM IST. For more news and updates on politics, world, sports, entertainment and lifestyle, log on to our website latestly.com).