‘Fragmented World Is in Interest of None’, Says PM Narendra Modi at UNGA in New York 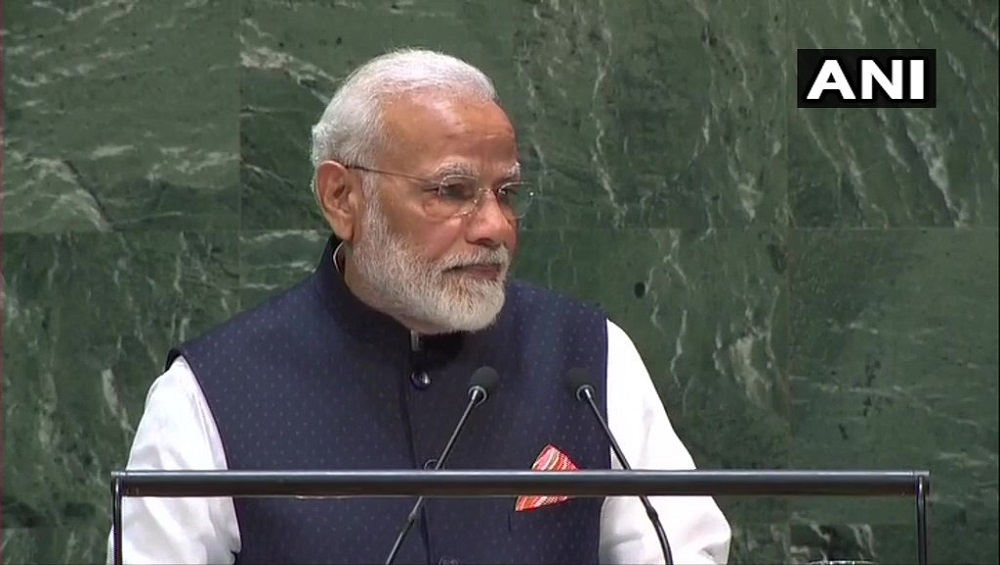 United Nations, September 27: Modern technology is bringing about sweeping changes in every sphere of life and a fragmented world is in the interest of none, Prime Minister Narendra said on Friday, pressing the international community to give a new direction to multilateralism.

In his second address to the annual United Nations General Assembly (UNGA) session, Prime Minister Modi said as the world is going through a new era, the countries do not have the option to confine themselves within their boundaries. Narendra Modi Speech at UNGA: Built 11 Crore Toilets in 5 Years, Committed to Movement Against Single Use Plastic, Says India's Prime Minister.

Modi's remarks came at a time when tech billionaires like Elon Musk and Jack Ma have put artificial intelligence (AI) in the spotlight, cautioning that the modern technology will inevitably change the way people live and work in an unprecedented manner. AI and machine learning technologies are already transforming the world of business and the transformation has only just begun.

"The face of the world is changing today. Modern technology in the 21st century, is bringing about sweeping changes in social life, personal life, economy, security, connectivity and international relations. In such a situation, a fragmented world, is in the interest of no one," Modi said.

"Neither do we have the option to confine ourselves within our boundaries. In this new era, we will have to give new direction to multilateralism, and to the United Nations," he said. Modi also referred to Swami Vivekananda's historic address at the convention of Parliament of Religions in Chicago and asserted that India's message to the global community remained the message of harmony and peace which the spiritual guru gave in 1893.

"One hundred and twenty five years ago, the great spiritual guru Swami Vivekananda gave this message to the world during the World Parliament of Religions in Chicago. "The message was harmony and peace. And not dissension. Today, the message from the world's largest democracy, for the International community is still the same: harmony and peace," he said.

Modi delivered his maiden address as the prime minister to world leaders at the UN General Assembly in 2014. This year, his visit and address to world leaders is the first after winning a second term as Prime Minister in a resounding electoral victory in May.

"This year, the world's biggest election took place. In the world's biggest democracy, the highest ever number of voters voted my government into power for a second term with an even stronger mandate than before. And it is thanks to this mandate that I am standing here before you once again," Modi said in his address.