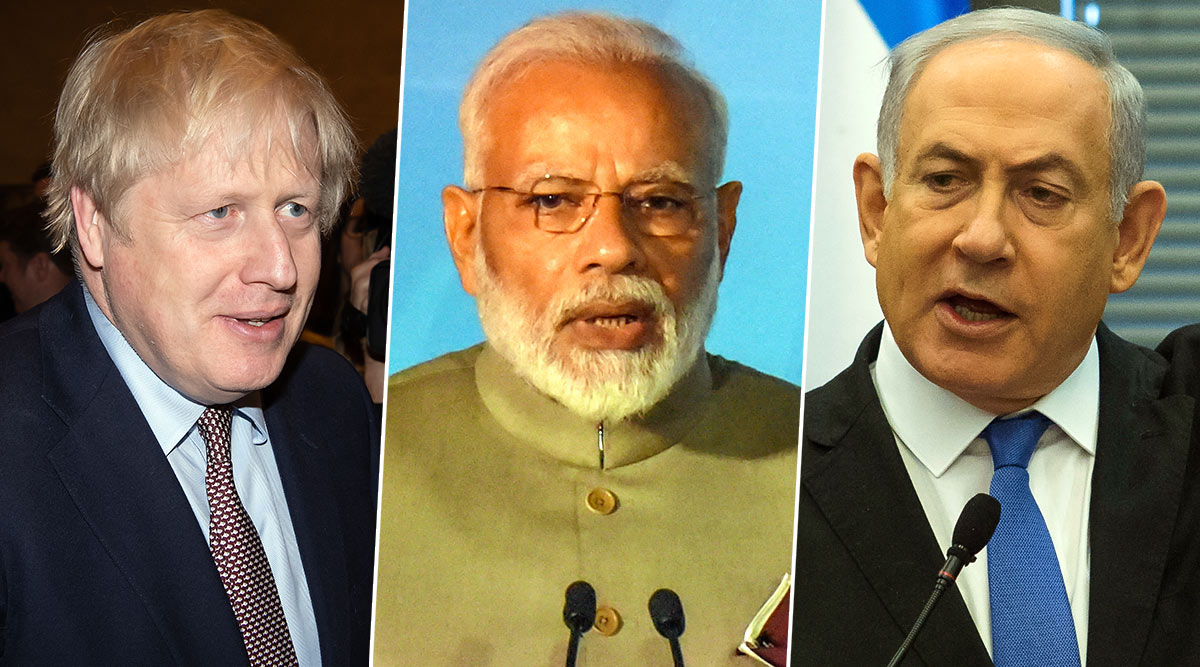 For those at the political helm of top democracies in the world, the year was primarily one for the incumbents, barring the back-to-back fractured mandates issued in Israel. From Prime Minister Narendra Modi's emphatic win in India, to his UK counterpart Boris Johnson's crushing victory against the Labour, 2019 would go down as the year when voters round the globe posed faith in their incumbent leaders rather than vying for alternatives. Here are five poll outcomes that kept the world watching in 2019.

South Africa's ruling President Cyril Ramaphosa faced election at a time when the popularity of African National Congress -- the political party pioneered by country's late father-figure Nelson Mandela -- was at its all-time low. Amid speculations of the ANC being dragged by voters below the majority mark, Ramaphosa succeeded in minimising the damage to party's electoral prospects.

In the polls held on May 8, 2019, the South African voters ended up giving 230 out of the 400 seats to the ANC. The numbers were ninely 19 seats down as compared to what the party had won in 2014. The Democratic Party led by Mmusi Maimane ended up emerging as the major Opposition party, with a victory in 84 seats -- down from its previous tally of 89. One of the most surprising aspect of the election results was the rise of Economic Freedom Fighters party, which won 44 constituencies, 19 up from its last tally.

Indonesian President Joko Widodo, who was first elected to power, was again entrusted with faith by the electorate in 2019. In the general held in April this year, Widodo along with his running mate and cleric Ma'ruf Amin won 55.5 percent of the votes. His challenger, Prabowo Subianto, was voted by 45.5 percent of the electorate. For this victory, pollsters credited the corruption-free reign of Widodo combined with his austere image.

In the general elections held amid heightened tensions of a war with Pakistan, India reposed faith in their top "nationalist" leader Narendra Modi. His ruling party, which is charged by critics of working on a majoritarian agenda, ended up winning 303 seats out of the 545-member Parliament. This marked the first occasion in over four decades in India's democracy when an incumbent ruler succeeded in retaining his full majority.

Months after he called for snap polls after failing to push through his Brexit deal, UK Prime Minister Boris Johnson received unprecedented backing from the Britain voters. In the general elections held on December 12, Boris ended up scoring the best Tory result in the past several decades. The party won 367 seats -- over 30 above the halfway majority mark. The Opposition Labour, led by Marxist leader Jeremy Corbyn, clocked its worst-ever defeat after being reduced to 208 constituencies.

Israel witnessed not one, but two general elections in the year 2019. In the first poll battle, held in April, voters were divided right to the middle as Likud - the party of incumbent PM Benjamin Netanyahu - and the Blue and White - headed by his key rival Benny Gantz - won 35 seats each. While Netanyahu succeeded in forming a post-poll alliance with smaller parties to cross 60-seat majority mark, the government did not last long and he had to resign in July.

In September, elections were again held for the Knesset. Netanyahu's party won 32 seats this time, whereas, the Blue and White party bagged 33 constituencies. After a month-long stalemate, the President asked Netanyahu and Gantz to form an alliance in national interest, with former continuing as the nation's PM.

Even though an unprecedented alliance was formed for the sake of a stable government, it did not last long as Israel's Attorney General indicted Netanyahu in four cases of corruption. This forced the anti-Likud parties to call for his resignation. Bibi, as the Israeli PM is popularly referred to, decided to step down from his post again, hopeful that he may be delivered an outright majority in the elections to be held next year. The prospects of him winning, at this moment, is considered bleak as the ongoing graft case proceedings have tarnished his image.