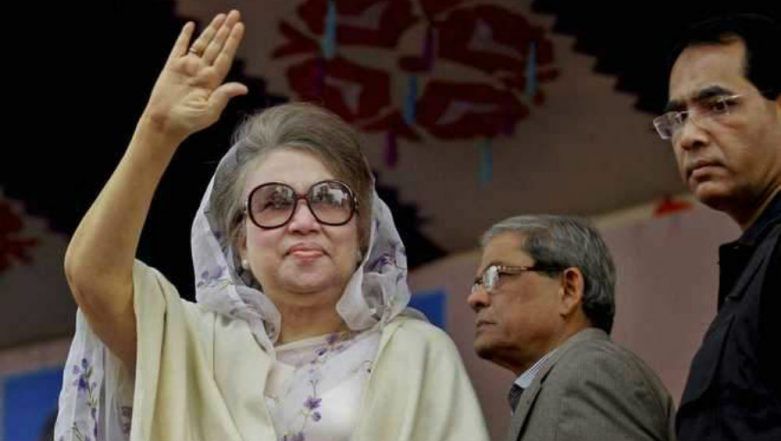 Dhaka, May 16: Bangladesh's former prime minister Khaleda Zia was today granted bail by the country's Supreme Court in a graft case, according to a media report. The Bangladesh's apex court has upheld the High Court's March bail order for the 72-year-old Zia, also the chief of the main opposition party Bangladesh Nationalist Party (BNP), bbdnews24 reported.

The High Court will now resolve by July 31 Zia's appeal that sought to overturn her conviction and a five-year jail term in the Zia Orphanage Trust case, it said. The BNP chief was jailed for five years on February 8 over the embezzlement of 21 million taka (about USD 250,000) in foreign donations meant for the Zia Orphanage Trust, named after her husband late Ziaur Rahman, a military ruler-turned-politician. The High Court had on March 12 granted an interim bail to Zia. Later, the Anti-Corruption Commission and the government challenged the High Court order, taking their appeals to the Appellate Division.