Singer-songwriter Janet Jackson has finally quashed the long-standing rumours that she secretly had a child with her ex-husband James DeBarge in the 1980s. 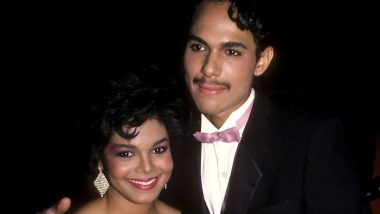 Singer-songwriter Janet Jackson has finally quashed the long-standing rumours that she secretly had a child with ex-husband James DeBarge in the 1980s. As per Page Six, the 55-year-old singer addressed the rumours in her new two-part documentary series titled 'Jenet' airing on Lifetime and A&E. "I could never keep a child away from James. How could I keep a child from their father? I could never do that. That's not right," Jackson said in the upcoming two-night Lifetime and A&E special. Singer Shawn Mendes Tumbles While Posing for Shirtless Photo (Watch Video).

The younger sister of legendary singer-dancer Michael Jackson also remembered the chatter first starting to spread in 1984 on the Season 4 set of NBC's 'Fame,' in which she played Cleo Hewitt. "A lot of the kids thought I was pregnant 'cause I had gained weight and I had started taking birth control pills," she said. "And back then, you could pick up weight taking them, and that's what happened to me, so that rumour started going around," the 'All For You' artist said. Country Singer Luke Combs Expecting First Child With Wife Nicole.

Debbie Allen, who led the TV series as Lydia Grant also rubbished the rumours by saying, "These were rumours that were just flying around, honey, like hash in a diner. Where was the baby? Nobody saw a baby. I mean, she was there with us all day, every day. Where was the baby?" The gossip caught fire when DeBarge himself kept claiming over the years that he and his ex-wife had a child.

"I was under the impression that there was no baby, and I wanted to believe it's not true. But it is," he told his daughter Kristinia DeBarge in a November 2016 episode of the WE tv series 'Growing Up Hip Hop,' as per Page Six. The 'Control' artist recalled people dragging the whole of Jackson's family into it. "First they were saying my niece Brandi was my daughter and that I gave her to [my brother] Jackie to raise. And then because [my brother] Randy's daughter looks so much like me, they started saying it was Stevanna," she recalled.

Jackson eloped with James in September 1984 when they were 18 and 21, respectively. As per Page Six, she had already released two successful albums by that point and wanted to get independence from her notoriously controlling father and manager, Joe Jackson. But the couple's marriage was short-lived and ended after a year--in November 1985 after Jackson found out that the 'Rhythm of the Night' crooner had been using drugs.

"I was just incredibly innocent. It's just, to me, hurtful for someone to see that and just try to take advantage of it," Jackson shared in her documentary. Janet Jackson did become a mother decades later when she welcomed a son, Eissa with her third husband billionaire businessman Wissam Al Mana, in January 2017. The pair separated only three months later. Janet is tied to the 40th anniversary of the singer's self-titled debut album and was first teased at the beginning of January with a three-minute trailer. Now, the full Janet Jackson special is available to watch on TV and stream online live on Friday and Saturday at 8 pm ET on Lifetime and A&E.