icroblogging platform Twitter has lost its status as an intermediary platform in India as it does not comply with new IT rules, informed government sources on Wednesday. 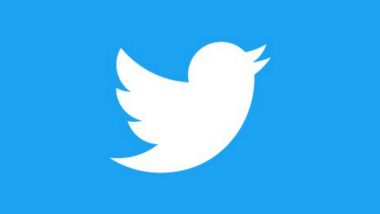 New Delhi, June 16: Microblogging platform Twitter has lost its status as an intermediary platform in India as it does not comply with new IT rules, informed government sources on Wednesday.

Sources further said that Twitter is the only social media platform among the mainstream that has not adhered to the new laws.

Earlier on June 9, Twitter had written to the government that it is making every effort to comply with new guidelines concerning social media companies and has appointed a nodal contractual person (NCP) and Resident Grievance Officer (RGO) on a contractual basis and was in advanced stages of "finalising the appointment to the role of chief compliance officer," sources said.

Union Ministry of Electronics and Information Technology (MeitY) had on June 5 said that it had given Twitter one last notice to comply with the new rules concerning social media companies. 'Twitter Needs to Stop Beating Around Bush And Comply With Laws of Land', Says Centre on Microblogging Site's Statement on New IT Rules.

The ministry said in the letter that the New Intermediary Guideline Rules have become effective from May 26.

"The provisions for significant social media intermediaries under the Rules have already come into force on May 26 2021 and it has been more than a week but Twitter has refused to comply with the provisions of these Rules.

Needless to state, such non-compliance will lead to unintended consequences including Twitter losing exemption from liability as intermediary available under section 79 of the Information Technology (IT) Act, 2000. This has clearly been provided under rule 7 of the aforesaid Rules," it said.