Jonas was their first Disney Channel series, Nick and his brothers also made a splash on the network thanks to their roles in the 'Camp Rock' franchise, which also starred Demi Lovato. 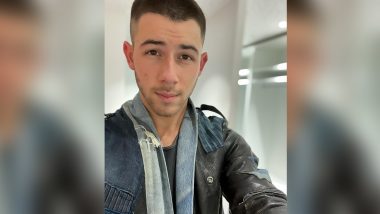 He then explained, "See that's the thing. Our show got cancelled after just two seasons, and we didn't have any famous quotes." Between 2009 and 2010, Nick and his brothers Kevin and Joe had starred on the Disney show 'Jonas', a series in which the brothers played themselves as they navigated high school, romance, and their many fans. The second season, titled 'Jonas L.A.', followed the band to Los Angeles for new adventures in the big city. Priyanka Chopra Jonas Turns Cheerleader for Hubby Nick Jonas and His New Album ‘Spaceman’ (View Post).

Alas, unlike longer running shows like Hannah Montana, which starred Miley Cyrus and ended after four seasons and a feature film, 'Jonas' never quite reached iconic Disney Channel series status. In fact, Nick had himself said in Amazon Prime's Jonas Brothers' documentary, titled Chasing Happiness, that it was a huge mistake to do the second season of the sitcom.

He said, "It was a big regret. We shouldn't have done that. It really stunted our growth. I feel like it was just a bad move. It was just not the time. Literally, we couldn't evolve because of it." His brother, Joe added, "It just didn't feel like us anymore. It felt young and we were becoming adults." However, their oldest sibling put it more bluntly and said, "The show was not good." As per variety, while Jonas was their first Disney Channel series, Nick and his brothers also made a splash on the network thanks to their roles in the 'Camp Rock' franchise, which also starred Demi Lovato.