How to Choose the Right Level for Your RAID System 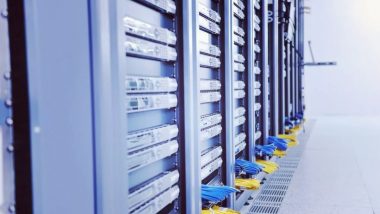 If you are planning to set up a server room or some sort of data center, it is always recommended to use a RAID system than using a few big capacity disks. Besides storage, RAID systems also greatly enhance performance when it comes to the speed of accessing the data stored on the system.

How data is stored in a RAID system

The performance of your RAID system depends on how it is configured and the RAID level you choose to use. Data in a RAID system can be stored in 3 major ways. These include the following;

The different levels of a RAID system

This level of RAID systems uses only the stripping data storage technique. This means data in the system is split and distributed on the different storage disks in the system. The main objective of such a configuration is maximizing performance. However, this is done at the expense of safety. This RAID system level is ideal for applications where data safety is not necessary.

For instance, if you are running a video streaming or online gaming site, you may choose to use this RAID level in the computation section of the system.

Under this level of RAID system, the mirroring data storage technique is used where the same data is stored on all the storage drives in the array. This level of RAID system is ideal for people who value data safety more than performance. For instance, if you have a surveillance system that stores video footages on hard disks, you may choose to store them on RAID system with a mirroring data storage technique

So, in case one of the drives in the system fails, you will still have the video footage files on the other disks. This increases the safety and reliability of the data in your surveillance system.

This level of RAID storage system uses a combination of stripping and parity data storage techniques. In this level, data is stripped and distributed on the various hard disks. Then a combination of all this data is then stored on the parity drive. For instance, if you have 10 disks in an array, data from various files is stripped and stored on 9 drives and the 10th drive is used to store all the data on the 9 other drives.

In case of failure of any of the drives, the system can be restored by recovering data from the parity drive. This kind of system is ideal for those who need both performance and safety.

This level uses the same configuration as that in RAID 5 but includes a second parity disk. The second parity disk adds an extra layer of security to the system. Such a system gives the allowances of at least two disk failures without risking losing all the data – Raid data recovery can be expensive and complex. It is however more expensive than RAID 5 since it involves procuring another parity disk.

This combines mirroring and stripping data storage techniques. In this case, all the data is stripped and distributed on the various devices. After stripping the data, each drive is then mirrored onto another drive. This means the disks used in the system will be twice as much as those used in the RAID 0 level.

This RAID level gives the users the great performance of RAID 0 and fault tolerance of RAID 1. This system is however more expensive since it requires procuring twice as many disks as those used in RAID 0. This level is ideal for those who need a high-level performance in their system but at the same time have a backup in case of failure.

RAID 10 would be the most ideal system if you want to build a video gaming or streaming platform that you want to be up and running most of the time. So, in case one set of mirrored disks fails, the system can automatically switch to the other set to ensure users still get the service as the failed set of disks is being fixed.

As we have seen above, a RAID system is what anyone who needs to get the best out of their storage devices needs. However, the RAID level you choose to use will greatly affect the results of your system. The best way to choose the appropriate level for your system is by first of all identifying your priorities and your budget.

If you have a small budget and your priority is performance, then you will likely have to choose RAID 0. If you need to have both performance and safety, the most ideal level to choose would be RAID 10 or RAID 5 based on your budget. Choosing the right RAID for your system will pay off in both the short and long run. So choose wisely.