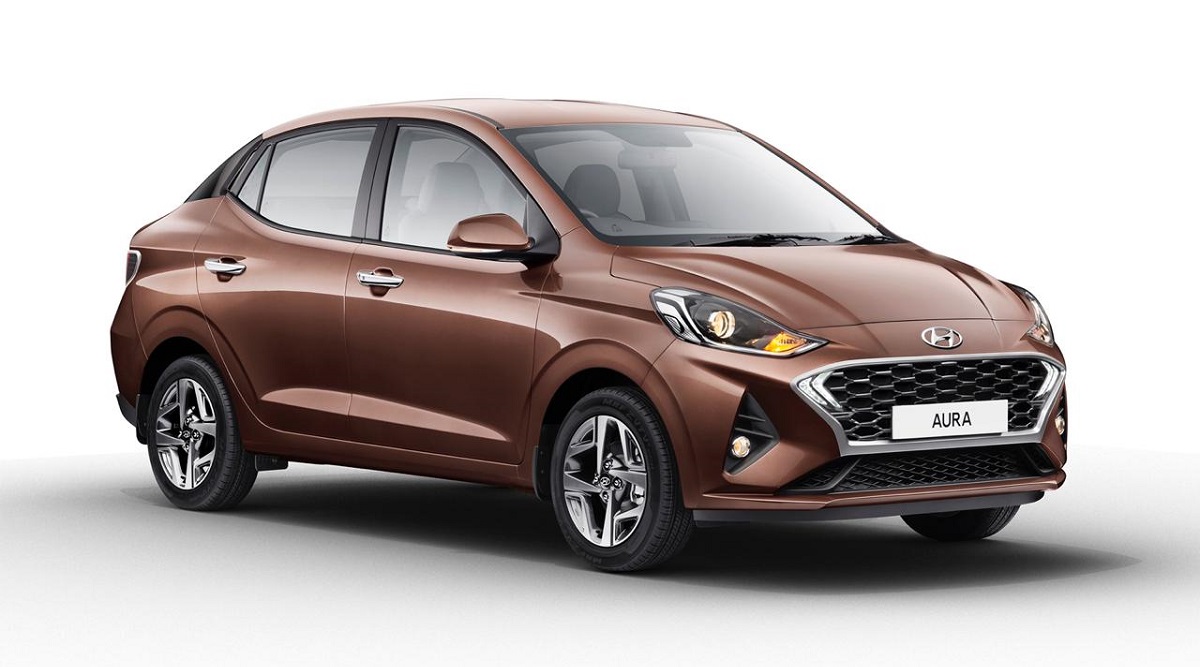 Hyundai's newest sub-compact sedan offering - Aura will be launched tomorrow in India. The carmaker will be officially announcing the prices for the new Aura 2020 sedan at an event in New Delhi. The car will be introduced in the country as a replacement to Xcent that failed to make an impact in the competitive sub-4m sedan. The new Aura sedan takes the majority of its design elements from the Grand i10 Nios, giving an attractive appeal than the predecessor. The company has already revealed the exterior, interior and mechanical details. However, it is yet to announce the prices of the car, which will be announced tomorrow. Hyundai Aura 2020: Price in India, Launch Date, Bookings, Features & Specifications – Everything To Know.

We already know that the Xcent successor comes with similar front design as that of Grand i10 Nios with boomerang-shaped dual LED DRLs. However, the rear profile is very different from the hatchback, featuring C-shaped taillights that are extended to the boot lid and further connected by a chrome element. It also gets a spoiler that is sculpted into the boot lid design. Interestingly, the forthcoming sedan is wider than the Xcent carrying a longer wheelbase. It is important to note that the turbo-petrol variant will be seen with ‘Turbo’ badges upfront on the grille as well as the boot.

Mechanically, the sedan will be seen in three BS6 engines, which includes 1.2-litre petrol, 1.2-litre diesel and 1.0-litre turbo-petrol. Both the petrol units will be offered with 83PS/114Nm and 100PS/172Nm of power figures. While, the diesel engine will be tuned to make power figures of 75PS/190Nm. All the three engines will be mated with a 5-speed manual gearbox; however, an AMT option will be seen on 1.2-litre engines only. 2020 Hyundai Aura Sedan: Launch Date, India Price, Features & Specifications.

On the inside, the sedan will carry similar design layout as that of Grand i10 Nios. The Aura sedan will get an 8-inch touchscreen display in the centre, and a central infotainment system integrated into the instrument panel, 5.3-inch LCD-display and many more features. It is reported that the company will be offering a beige theme for the cabin with bronze inserts around the front air vents only on the top-end variants of the Aura.

When launched, the sedan will take on the likes of the Maruti Suzuki Dzire, Volkswagen Ameo, Ford Aspire, Honda Amaze and Tata Tigor. As far as the prices are concerned, Hyundai's newest sedan is expected to be priced in the range of Rs 5.5 lakh and Rs 8.5 lakh (ex-showroom).