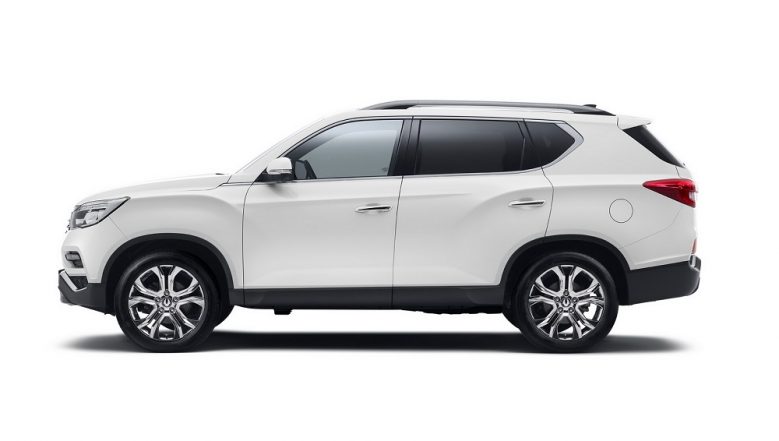 Mahindra & Mahindra, a leading UV maker will be launching its flagship SUV called Alturas G4 in India today at an event in Jaipur. To be positioned above Mahindra XUV500 in Mahindra's product portfolio, the new Mahindra Alturas G4 SUV will take on Toyota Fortuner and Ford Endeavour. Moreover, the SUV is basically a re-badged Ssangyong Rexton that already retails on the global front, however, the company has kept the SUV virtually unchanged for the domestic market. The company has confirmed that Alturas G4 SUV will not be offered in manual transmission. 2019 Ford Endeavour Facelift (Mahindra Alturas SUV Rival) Spied; India Launch Imminent.

The company will reveal the prices for the SUV at an event in Jaipur, which is expected to start from 8 PM IST onwards. The utility maker will also be streaming the launch event of the Alturas SUV on its official social media handles – Facebook & Twitter as well as YouTube. New Mahindra Marazzo MPV Surpasses 10,000 Bookings Since India Launch.

Under the hood, the new Mahindra Alturas G4 will be powered by a 2.2-litre motor that is also seen on powers the Rexton. This is a turbocharged diesel engine that is good for 181PS of max power and 420Nm of torque. And, the company has already confirmed that this motor is nowhere related to mHawk engine seen on other SUVs. The transmission duties on the SUV are carried out by a 7-speed torque converter, which is borrowed from Mercedes-Benz.

Mahindra's new flagship SUV will be a premium offering & feature loaded package with several segment first features. The main feature equipped on the SUV will be the 360 degree camera that will be very helpful while parking. The overall appeal of the cabin looks premium and the SUV gets Nappa leather upholstery.

Mahindra's flagship model - Rexton SUV will be offered in 2 variants - 2WD and 4WD. As far as the dimensions are concerned, the new SUV from Mahindra is 95mm longer and 60mm wider than the old Rexton. The SUV also gets 30mm longer wheelbase than old Rexton. Once launched, the new Mahindra Alturas will be pitted against the likes of Ford Endeavour, Toyota Fortuner, Skoda Kodiaq, Volkswagen Tiguan and others. As far as the prices are concerned, the company will be looking to keep the prices very competitive. We speculate that the SUV will be priced around Rs 30 lakh (ex-showroom) and it might undercut its rivals by a margin of at least 1 lakh.