As protests over racial inequality grow, companies are finding innovative ways to capture and even propagate the historic movement. Among them is Scopio — the largest library of authentic photos powered by Artificial Intelligence. 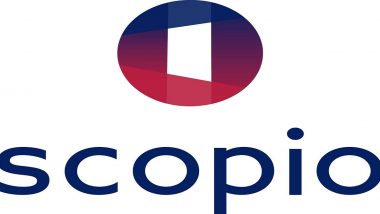 As protests over racial inequality grow, companies are finding innovative ways to capture and even propagate the historic movement. Among them is Scorpio —  the largest library of authentic photos powered by Artificial Intelligence.

The company was born from the resurgence of protest art, a term used to describe creative works that concern or are produced by activists and social movements. In the age of social media, this form of protest has bloomed into a key mechanism for amplifying and documenting movements. It is estimated that 1.8 billion photos are being shared on social media every day.

Stock image companies have played a significant role in the dissemination of photos, however; Scopio is taking it one step further. Through their technologies, the company has found a novel way to democratize contributions to the global stock image repository while addressing the biases learned over time by AI algorithms.

Due to the technicalities of uploading stock images, amateur photographers are often secluded from submission — leading to homogeneity within image contributions and descriptions.

According to Scopio’s CEO Christina Hawatmeh, “the recent racial injustice in combination with the country’s economic turmoil has led to a major spike in image submissions from the historically underrepresented artist.”

While increasing the number of stock photos in circulation is impactful, the true innovation resides in the technology’s tagging mechanisms. Each image on the world wide web is jammed packed with tags and descriptions, also referred to as metadata.

This metadata dictates how images are described, organized, and presented on search engines and across the web. In essence, determining how the words we search are visually represented.

“Having these diverse images in circulation forces us to broadening our tagging methods. In doing so, we are reteaching AI and broadening perspectives across the world wide web.”