Akshay Kumar and Rajinikanth's 2.0 Will Not be Released in China, Blame PadMan's Debacle

Akshay Kumar and Rajinikanth starrer 2.0 were scheduled to release on July 12 in China. Earlier, PadMan did not do well at the Chinese box office. This has resulted into delaying or cancelling the screening of the film as per the reports. 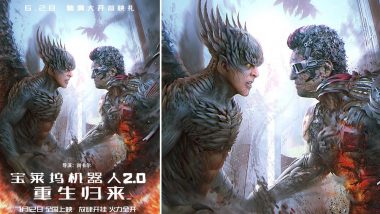 Bollywood makers have found a new market in China! The filmmakers are ready to expand their horizon in different countries with Bollywood content. What could be a better one than China? In the past, the Chinese audience has given an immense response to Indian films. Thus, the makers were amped up for the Bollywood release of Akshay Kumar and Rajinikanth starrer 2.0 on July 12. However, that might just not happen now, blame Akshay's other film, PadMan!

Titled as Robot 2.0: Resurgence, the film was scheduled to release in over 56000 screens HY Media. The same distributor had to bear the loss of Radhika Apte-Sonam Kapoor- Akshay starrer PadMan in China. The film did not create an impact as expected. Hence, HT reports that 2.0 shows will be cancelled for now. The film made on a budget of Rs 300 crore club is was a rage in India.

One more reason to delay or cancel the shows is the arrival of Disney's The Lion King. The film is releasing around the same week, which naturally has a global appeal. The makers hence keep the plans of 2.0 release on hold and will take the decision on its release later on.

On the other hand, Ayushmann Khurrana's AndhaDhun did exceptionally well at the Chinese box office. The critics and the masses in the neighbouring country were impressed by the thriller. The latest cinematic treat from B-town to China was Hrithik Roshan and Yami Gautam starrer Kaabil. However, it failed to create the mark at the ticket windows there. Do you think 2.0 will be successful in impressing fans in China? Tell us in the comments section below.

(The above story first appeared on LatestLY on Jun 28, 2019 04:13 PM IST. For more news and updates on politics, world, sports, entertainment and lifestyle, log on to our website latestly.com).