Amitabh Bachchan, Rajinikanth, Priyanka Chopra and Others to Come Up With Short Film on Coronavirus 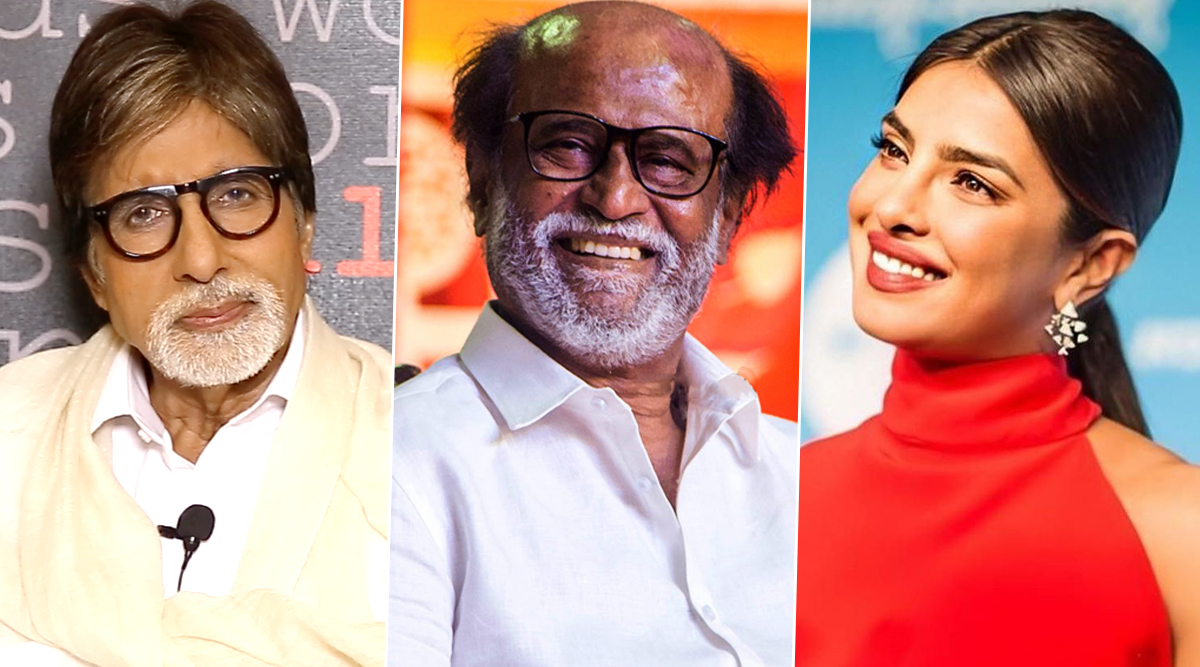 As the world is facing a severe health crisis due to the outbreak of coronavirus, a slew of celebrities, including Amitabh Bachchan, Rajinikanth, Chiranjeevi, Priyanka Chopra, Ranbir Kapoor and Alia Bhatt among many others, have come together to create awareness about COVID-19 through a short film, titled "Family". Conceptualized and virtually directed by Prasoon Pandey in collaboration with Big B, the film will show that staying at home, staying safe, maintaining hygiene, working from home and maintaining social distancing can be productive and should be taken in one's stride. Kanika Kapoor Tests Negative in Her Sixth Coronavirus Test, Singer Gets Discharged From the Lucknow Hospital (Read Tweet).

"Family" will be premiered across Sony Network on Monday at 9 p.m. Also given the unprecedented nature of the situation we are in, an initiative undertaken by Big B, ‘WE ARE ONE' has been supported by Sony Pictures Networks India and Kalyan Jewellers, through which the monthly ration of 1,00,000 households across the country will be funded. Chennai Express Producer Karim Morani’s Daughter Shaza Tests Positive for Coronavirus.

A unique visual experience awaits you. Something that is being attempted for the very first time. To know more, tune-in to SONY Pictures Networks channels, on Monday, 6th April, at 9 PM @SrBachchan @priyankachopra @aliaa08 @Mohanlal @sonalikulkarni @prosenjitbumba @diljitdosanjh pic.twitter.com/aDbZMmD4z1

Commenting on the initiative, N.P. Singh, Managing Director and CEO, Sony Pictures Networks India (SPN), said: "In trying times, we have to collectively front and face issues that affect the industry. So, as part of its CSR outreach, SPN has taken the initiative of working alongside Mr Amitabh Bachchan and Kalyan Jewellers to support the households of daily wage earners of the Indian film and television industry. SPN's support will ensure that at least 50,000 workers and their families have their home supplies for a month.

"This film made by Prasoon is very special since it has been virtually directed. Like-minded celebrities have come together in this short film."