Anurag Basu’s Film Ludo To Get A Sequel? The Filmmaker Answers…

Ludo, recently released on Netflix, was indeed a major treat ahead of Diwali for all movie buffs. In an interview to a leading tabloid, filmmaker Anurag Basu has spilled beans upon the second instalment of Ludo. 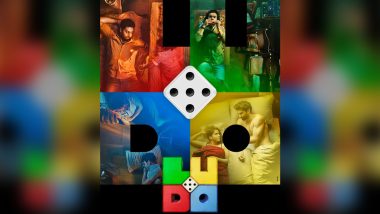 In an interview to a leading tabloid, filmmaker Anurag Basu has spilled beans upon the second instalment of Ludo. He told Mid-Day, “The script of the sequel is partially ready, and creating another version will be commercially beneficial for everyone associated with the project. However, I am mulling over whether or not working on it will be creatively (inspiring), so, I am yet to decide if I will create it again. We will have clarity by December.” Ludo Movie Review: Anurag Basu's Film Has Stellar Performances, A Gripping Narrative and A Major Life Lesson, Say Critics.

About a collaboration with Anurag Basu for Ludo sequel T-Series honcho Bhushan Kumar told ANI, “He has many mind blowing story ideas I am keen on collaborating with him for one of which is Ludo 2. We will soon make an official announcement of our next film once everything is finalised.” Fans would be definitely be happy to hear that things are being worked for Ludo sequel! We just cannot wait to hear the official announcement.

(The above story first appeared on LatestLY on Nov 21, 2020 09:20 AM IST. For more news and updates on politics, world, sports, entertainment and lifestyle, log on to our website latestly.com).