Will we get to see Varun Dhawan, Shraddha Kapoor, Rajkummar Rao, Kriti Sanon, Abhishek Banerjee, Aparshakti Khurana, Pankaj Tripathi, Janhvi Kapoor, Varun Sharma, Paalin Kabak and Deepak Dobriyal together in a Stree-verse film? Read ahead on our thoughts on this. 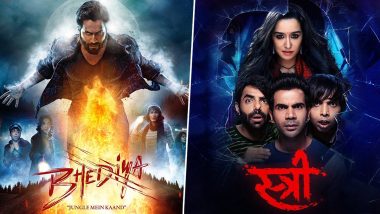 It is no secret that director Amar Kaushik wants his new film Bhediya to be a part of the Stree Universe. Stree, that came out in 2018, was a sleeper hit of the year. It was a horror-comedy about a witch attacking only the men in her village, and had starred Rajkummar Rao, Shraddha Kapoor, Abhishek Banerjee, Aparshakti Khurrana and Pankaj Tripathi in the lead. Bhediya is about a young man who gets bitten by a mysterious wolf in the jungles of Arunachal Pradesh and finds himself turning into a werewolf. The movie stars Varun Dhawan, Kriti Sanon, Abhishek Banerjee, Paalin Kabak and Deepak Dobriyal. Bhediya Movie Review: Varun Dhawan-Kriti Sanon's Film Gets Its Furry Kicks From Competent VFX, Scene-Stealing Abhishek Banerjee and the Funniest Himesh Reshammiya Joke.

Even before the film came out, Bhediya confirms its presence in Stree universe when the song "Thumkeshwari" (which isn't there in the movie) has Shraddha Kapoor make a cameo, reprising her character from Stree. But wait? Isn't Abhishek Banerjee, who plays one of Rajkummar Rao's BFFs and a 'victim' of stree, playing a different character in Bhediya? Isn't a male - Varun Dhawan's Bhaskar - the supernatural entity here? So how come Bhediya continue to exist in this Stree universe?

We have answers to these questions and more, but of course there are some MAJOR SPOILERS ahead including a couple of BIG TWISTS and cameos. So if you haven't seen the film and are planning to do so, and still going ahead with this article, well, don't blame us for spoiling the main surprises.

How 'Stree Universe' Hints at The Major Twist

The big twist in the third act of Bhediya is that Kriti Sanon's perpetually unsure and goofy Dr Anika, who seemed to have soft spot for Bhaskar, is also a werewolf and the guardian of the forests for over a 100 years. She was also the animal responsible for biting Bhaskar, and though she intended to kill him because of his plan to destroy the forests, she inadvertently turned him into a creature like her. Unlike Bhaskar who can only turn into a proper wolf on full moon nights (that he later overcomes before the finale fight), Anika can turn into one at her will and she uses her medicines to turn back into human form. 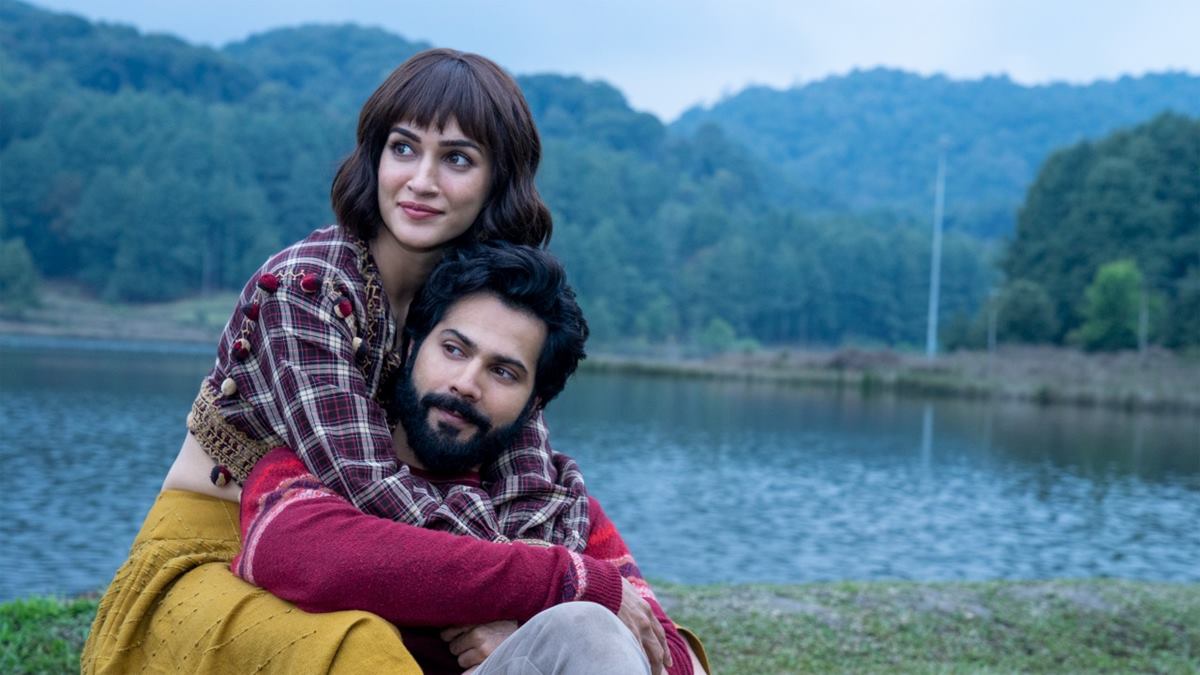 While this revelation may come as a surprise to many, there were hints laid previously about Anika being the vishu, the OG Bhediya. For one, thanks to their unusual hairstyle, it was clear that the little girl in the opening scene of the film is Anika, and the fact that this scene is never recalled by her with Bhaskar, despite all the lycanthropic misdeeds, made us smell a rat.

Secondly, there is this conversation about Anika wanting Bhaskar to stay back in that place and her disappointment when he says he has to return is evident. There is also the fact for a role that has cast an actress as popular as Kriti Sanon, she had seldom little to do three-thirds of the film. Which hints that there is a major reveal going to happen about her, and Bhediya didn't disappoint there. Finally, let's not forget this is a Stree Universe movie, so the stree has to rule, right?

Janardhan and the Expansion of Stree Universe

So in the end, Anika tragically dies in her wolf form after getting a fatal stab wound during the final fight and then falling off a cliff to the dense vegetation below (which is the film's way to slightly keep the door open for her to return if required for future sequels). With her demise, Bhaskar can never go back to being a proper human - since she needs to bite him in the same area at the same place where it happened - but he has now accepted his wolf persona fully and is carrying Anika's mission ahead, even crossing state borders and killing his old boss (Saurabh Shukla). In human form, he proposes the highway project without tampering with nature that leaves the local inhabitants happy. 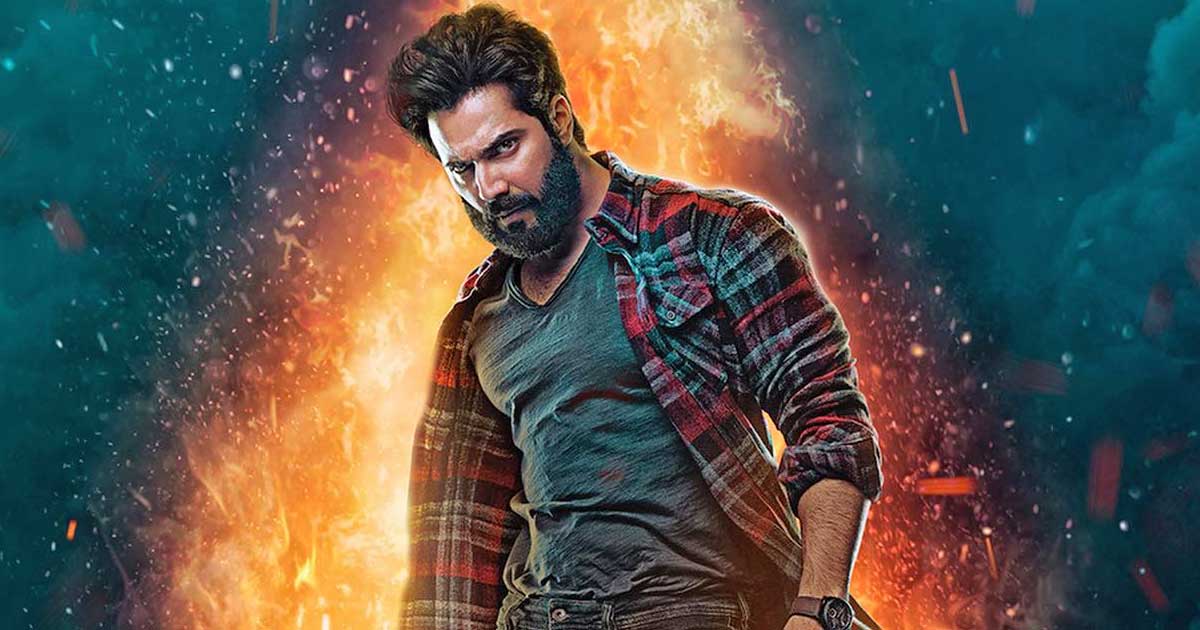 Now it is time to talk about Bhaskar's daft cousin Janardhan who is played by actor Abhishek Banerjee (in a scene-stealing form here). Abhishek was also a part of Stree which won't be so confusing if you know what his name was in the 2018 film. Before we get to that, let's discuss what happens in the mid-credit scene.

So after making the locals happy with his revised highway project, we see Bhaskar preparing himself to be confined in a room ahead of his wolf transformation (full moon night?), and the news channel playing on the TV in the room is retelling his wolfish exploits, including killing his former employer for their activities against nature. Janardhan has also provided meat for him so Bhaskar the wolf stays in the room, which is when the doorbell rings.

When Janardhan opens the door, we see Vicky (Rajkummar Rao) and Bittu (Aparshakti Khurana) from Stree there. It turns out Janardhan is Janna, their friend from Stree, whose mother has sent him away from their 'bad influence' and towards Bhaskar. 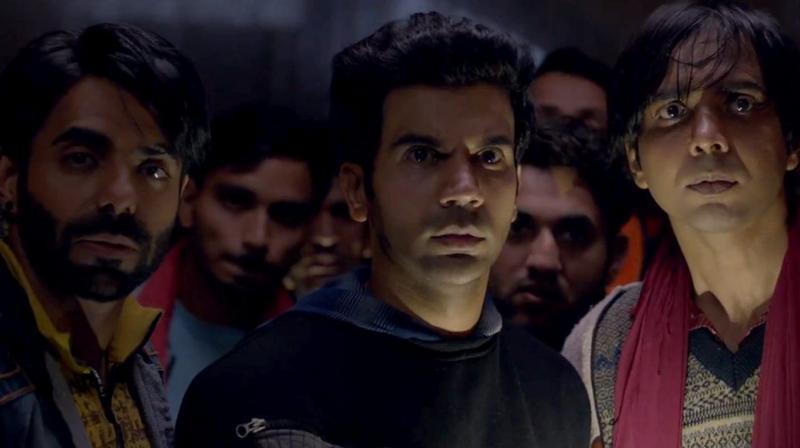 Now Vicky and Bittu want Janna's help so that they can seek 'Stree' again -why it is not very revealed. When Vicky and Bittu hear noise (coming from Bhaskar's room), they think Janna is hiding some girl there, and despite his protestations, go to the room. What awaits them there is a wolf who looks angry at their intrusion and it pounces upon the screen (towards them) before the screen cuts to black.

What Does This Mean for Stree Universe?

There are two ways to see this ending, which can be influenced by the outcome of Bhediya at the box office. One is that if the film flops and the makers want to end the universe here itself, what better way than to kill the protagonists of one film by the protagonist of the other. But let's take a more optimistic route here.

It has already been announced that Stree 2 is in the pipeline, considering the first film was a hit, and despite the fate of Bhediya at the box office, Amar Kaushik will get that made. The sequel might also explain why Vicky and Bittu seek Janna out, considering they believe at the end of the first film that all their problems are over. Remember, in the epilogue of Stree,  the original 'Stree' doesn't enter their village after they put up a new board that welcomes and respect her. So has the witch returned with new malice or is it troubling some other village? Did Shraddha Kapoor's mysterious woman do something with the cut braid of the witch, and has become 'Stree' herself? Stree 2 needs to answer these questions and more. Stree Movie Review: Rajkummar Rao and Shraddha Kapoor's Horror Comedy Delivers Big Time on Laughs and Frights. 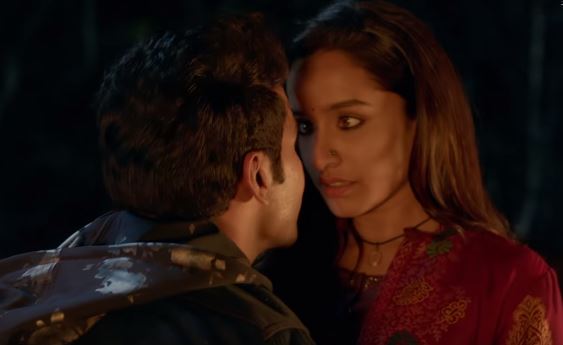 So if Vicky, Bittu and Janna survive Bhaskar's attack -  Bhediya has shown that Bhaskar in his wolf form may not attack innocents but only the corrupt ones (he almost killed Jomin only because latter was part of Bhaskar's highway project before it was untainted) - there is little chance of Janna leaving his troubled cousin behind and be a danger to the locals. Which means there is a possibility that Stree 2 will have Varun join Rajkummar, Shraddha, Aparshakti and Abhishek, and we may get to see a werewolf battle a witch. What's more, if the makers want it, we can also have Deepak Dobriyal and Pankaj Tripathi in the same movie, and that's gonna be a hell of a treat!

PS: What about Roohi, the other horror-comedy, not directed by Kaushik, which was supposed to be part of Stree-verse, and yet strangely has Rao playing a different character? Well, looks like the makers have forgotten about it thanks to its poor box office, and so let's do that too! Also let's not forget there was news that another film is being made as part of Stree-verse called Munjha, that is seen as a prequel to Stree which explores Shraddha's character's origins. However, there is no official announcement on this.

(The above story first appeared on LatestLY on Nov 28, 2022 07:34 PM IST. For more news and updates on politics, world, sports, entertainment and lifestyle, log on to our website latestly.com).