Chhapaak Poster: Deepika Padukone as Malti Reminds All That No One Can Stop You From Being Happy! (View Pic) 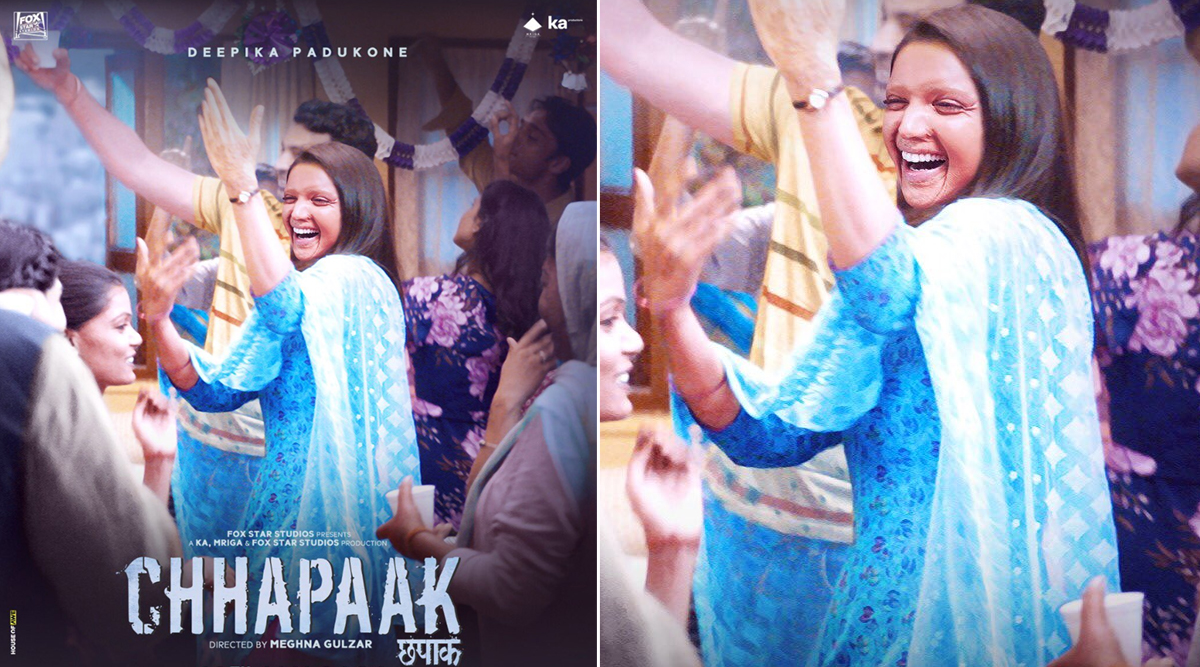 Deepika Padukone is all set for 10 January, as her film Chhapaak is finally hitting the screens. The film that is inspired by the true life incidents of acid attack survivor, Laxmi Agarwal is directed by Meghna Gulzar. The emotional story, the actors and the director, this powerful combination is enough for fans to stay excited for a few more days. Deepika plays the role of acid attack survivor ‘Malti.’ She re-introduced the character through this new poster and it is totally inspiring. Deepika Padukone Is Going to Take the National Award for Chhapaak, Says Indian Idol Season 11 Judge Himesh Reshammiya.

In the picture, we can see Deepika as Malti, dancing and laughing heart out amid the people she cares about. The caption reads, ‘Malti. Unfettered. Uninhibited. Unputdownable. Ab voh khush hai toh hai!.” Indeed, what could be a better way of explaining what Malti is made up of?

Deepika Padukone as Malti in Chhapaak

On the other hand, the makers were elated when Central Board of Film Certification allowed this film the ‘U’ certificate. Now that the movie is reaching the audience from all age groups, there is no denying that the impact will be greater. Coming back to the poster, the tagline just reminds everyone to not put the key to your happiness in someone else’s pocket.