Confirmed! Ishaan Khatter and Tabu to Star in Mira Nair's Adaptation of A Suitable Boy 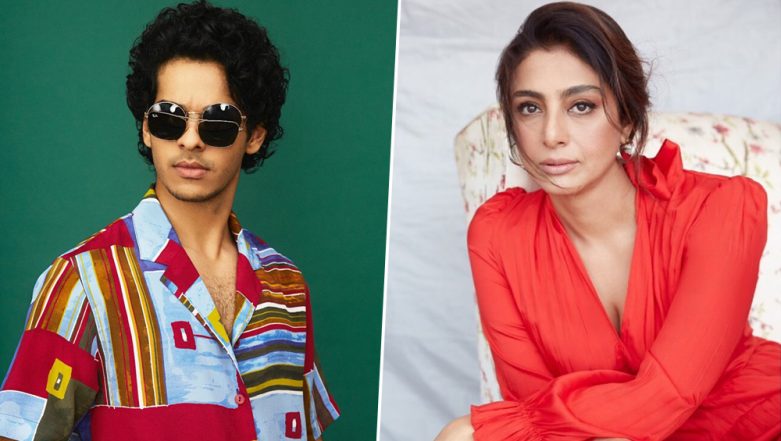 After months of speculation, we finally have answers as Ishaan Khatter has now confirmed that he will be starring in Mira Nair's next, an adaptation of Vikram Seth's A Suitable Boy. Not just this, Ishaan will be joined by Tabu for this amazing film. Considering that Tabu and Mira last collaborated for The Namesake, this project is certainly going to be interesting. It is not a surprise that Ishaan waited long enough after his debut to sign his next and that too a Mira Nair film considering the actor debut with Beyond The Clouds directed by acclaimed Iranian filmmaker Majid Majidi. Ishaan's taste for offbeat films has been evident since then.  Shahid Kapoor and Ishaan Khatter to Come Together for a Project?

Just when there were rumours about him being considered for Dear Comrade's Hindi remake, we now have confirmation that he will be starring in A Suitable Boy. Speaking about this opportunity, Ishaan spoke to Mumbai Mirror saying, "I hope I can satisfy Mira’s vision and give the global audience the character they deserve in Maan Kapoor (Ishaan Khatter's character)."

The film also stars Tanya Maniktala as the protagonist Lata. The story revolves around North India in 1951, in the backdrop of the first democratic general election where Lata (Tanya) embarks on her own journey of love and self-discovery. Ishaan will be playing the role of Maan Kapoor who is determined to enjoy life to the fullest, much to his politician father's concern. His character is infatuated by a courtesan Saaeda Bai that will be played by Tabu. Shahid Kapoor is Enjoying his European Bike Trip with Ishaan Khatter and Kunal Kemmu - View Pics.

Check out Ishaan Khatter making the announcement on his Instagram page below:

Elated to announce that I’ll be playing Maan Kapoor in @pagliji ’s and @bbcone ‘s official adaptation of Vikram Seth’s ‘A Suitable Boy’. It’s not only my pleasure but an honour to be working on this illustrious material alongside such distinguished artists and technicians led by the indomitable Mira Nair. I hope I can satisfy her vision and give the global audience the character they deserve in Maan.

As per reports, the Tabu and Ishaan Khatter starrer will go on floors next month. The shoot is expected to take place across palaces and villages in Lucknow and Maheshwar. It will be interesting to see Ishaan and Tabu work together considering his brother Shahid Kapoor gave one of his best performances along with her in Vishal Bharadwaj's Haider which was an adaptation of William Shakespeare's Hamlet.