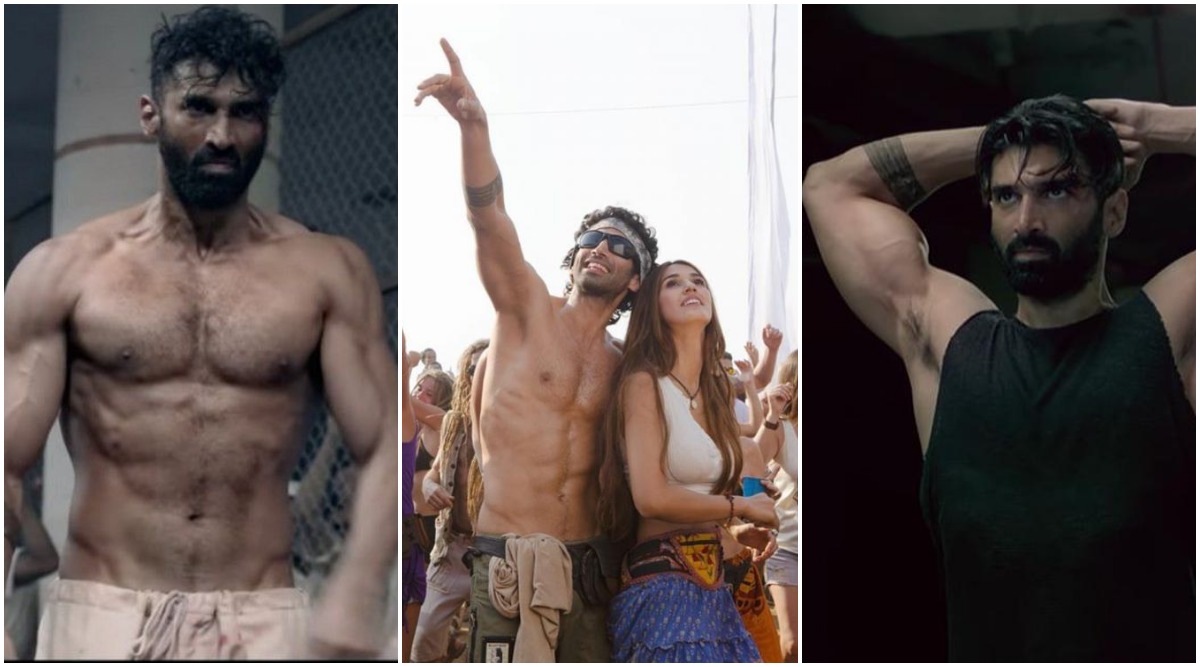 When pics of Aditya Roy Kapur from the sets of Malang hit the internet, fans could not stop going gaga about his well-sculpted body. And then one saw him in the trailer, many were amazed to see the handsome hunk’s makeover – from lean to a bulked-up avatar. In an interview to a leading daily, the film’s director Mohit Suri, who has earlier worked with Aditya in Aashiqui 2, revealed about the latter’s transformation for Malang in two months. Well, it wasn’t an easy task at all for Aditya! Malang Trailer: Aditya Roy Kapur and Disha Patani’s Insanely Hot Chemistry In This Intense, Dark Tale Look Intriguing (Watch Video).

Mohit Suri told Mirror, “Aditya’s two looks can be defined as hippy—which is actually him off-camera—and the muscular hero. It’s easy if you have six months to go from one look to the next, but he has done it in two months, living without sugar and salt when we were shooting portions in which he had to look ripped. Then, he started eating all the time to be bigger; it’s a difficult job.” Malang Trailer: 10 HOT and Stunning Pics of Disha Patani That Will Compel You to Book Your Film Tickets in Advance!

Watch The Trailer Of Malang:

In the trailer of Malang we also saw Aditya Roy Kapur performing few combat scenes. His transformation as a compulsive killer left everyone stunned. Talking about Aditya’s prep, his fitness trainer Sudarshan Amkar revealed ‘to increase mobility we used Kalarippayattu and various forms of martial arts’. Aditya was also put under a ‘strict nutrition plan’. Well, the results can be seen on the screen; we just cannot wait to watch the film! Malang also stars Disha Patani, Anil Kapoor and Kunal Kemmu in the lead. The film is all set to be released on February 7.