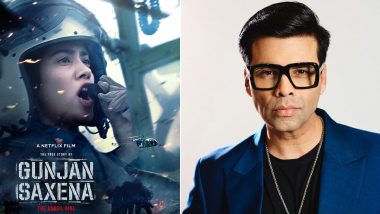 Have been seeing quite a few tweets claiming that Netflix has dropped Karan Johar's name as the producer in the new posters of their upcoming biggie, Gunjan Saxena: The Kargil Girl. The reason for doing so, as the tweets allege, is that the OTT platform wants to stay away from the Sushant Singh Rajput death controversy. Karan Johar is one of the few Bollywood names dragged in the controversy, with a few vested parties alleging that camps led by him drove Sushant to die by suicide. The police in their investigations have not yet verified anything on these allegations, but the accusations are still coming thick, primarily driven by Bollywood star Kangana Ranaut. Ram Gopal Varma Calls Out Karan Johar, Shah Rukh Khan, Salman Khan For Not Reacting To Arnab Goswami's 'Falsifications'; Announces A Movie Titled Arnab The News Prostitute.

Earlier, there were rumours that Karan Johar's name was dropped as the producer of Sooryavanshi by Akshay Kumar and Rohit Shetty, which proved to be untrue. Coming back to Gunjan Saxena, the negative backlash the film has been getting over Janhvi Kapoor's 'nepotistic' casting as the lead and Karan Johar's involvement has been vicious. Which is perhaps what made the below Twitter users make these claims that Netflix dropped Karan's name to avoid negative attention or to do justice to Sushant.

Name Goes Missing Because of Bashing?

Gunjan Saxena:The Kargilgirl the movie will premiere on Netflix, Karan Johar and DharmaProduction names goes missing from both the poster as well as the trailer of the film, people bashed the movie calling it a ‘pure product of nepotism’ because Janhvi Kapoor is part of it. pic.twitter.com/buAlCa0R1i

Even 'Blue Ticks' Fell For This!

👀 This film is produced by Karan Johar but Netflix is not using his name anymore. Nepo kid Jhanvi Kapoor is the playing main lead means it’s 100% full of nepotism. Therefore I will boycott the film. Hope you all will also boycott it. 👇🏽 pic.twitter.com/GHhVVcUNyD

Even a few publications had carried out stories from this angle. 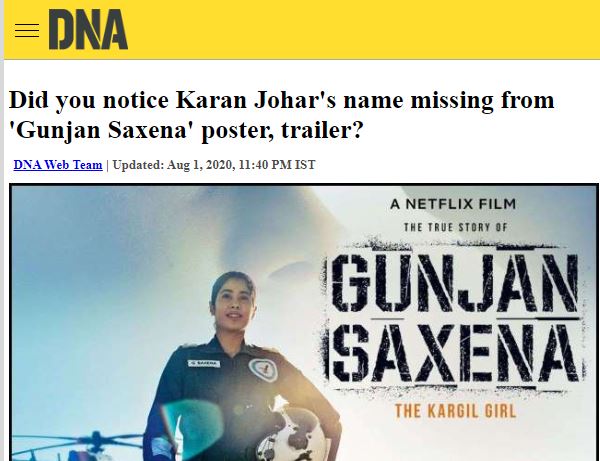 The Headline of the DNA Story on Gunjan Saxena (Photo Credit: DNA)

The Headline of the Indiatimes Story on Gunjan Saxena (Photo Credit: Indiatimes)

National Herald even had a 'source' quoting to them, "At first Netflix decided strike off only Karan Johar’s name as producer from the trailer and retain the rest of the credits. But then the creative team felt that would look most conspicuous. So they did away with all the credits." Angad Bedi Calls Online Backlash Received By Gunjan Saxena: The Kargil Girl Amid Nepotism Debate 'Unfair'.

So What's The Truth?

There is no doubt that the new posters of Gunjan Saxena: The Kargil Girl don't have Karan Johar's name. As you can see below... 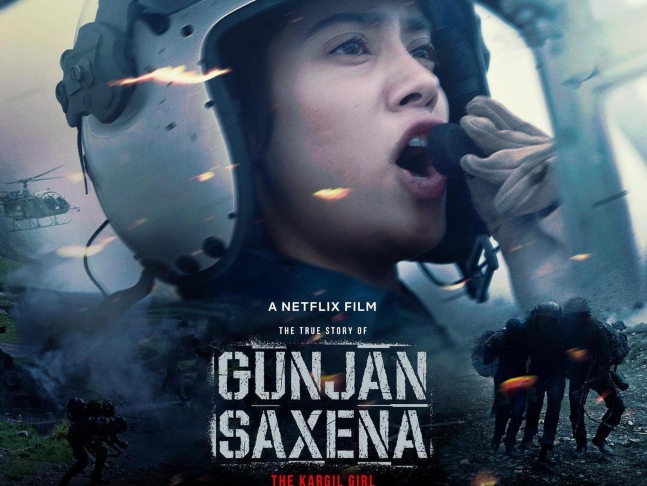 The same goes for the trailer too, that doesn't mention the producer's name.

But it also doesn't have the director's name or any of the crew members. In fact, the omission of Karan Johar's name from the poster has nothing to do with Sushant Singh Rajput's controversy.

It is something of a mandate that Netflix follows where they don't mention the producers, cast and crew of the film.

Sure, the earlier posters of Gunjan Saxena gave prominence to Karan Johar's Dharma Productions. Like the one below... 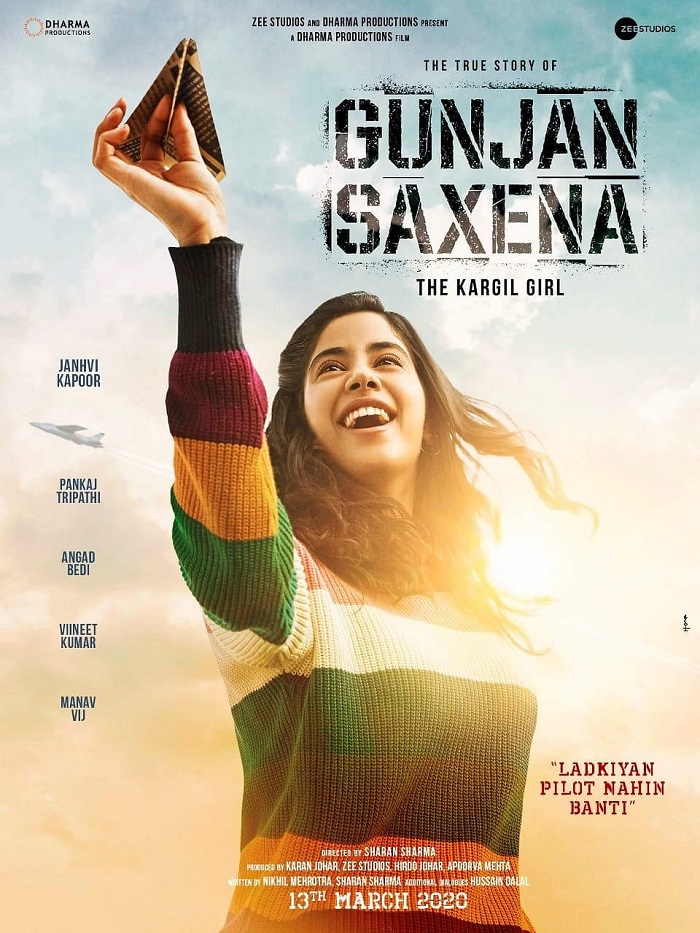 ...but that was before the makers changed plans to release it on Netflix directly (thanks to lockdown), when there were a proper theatrical release date for Gunjan Saxena.

And it is not just the case with Gunjan Saxena, where Netflix had a monopoly on having only its name in the trailers and the posters. Just look at the poster of the recent Netflix Hindi film, Raat Akeli Hai, that came out on the platform on July 31. 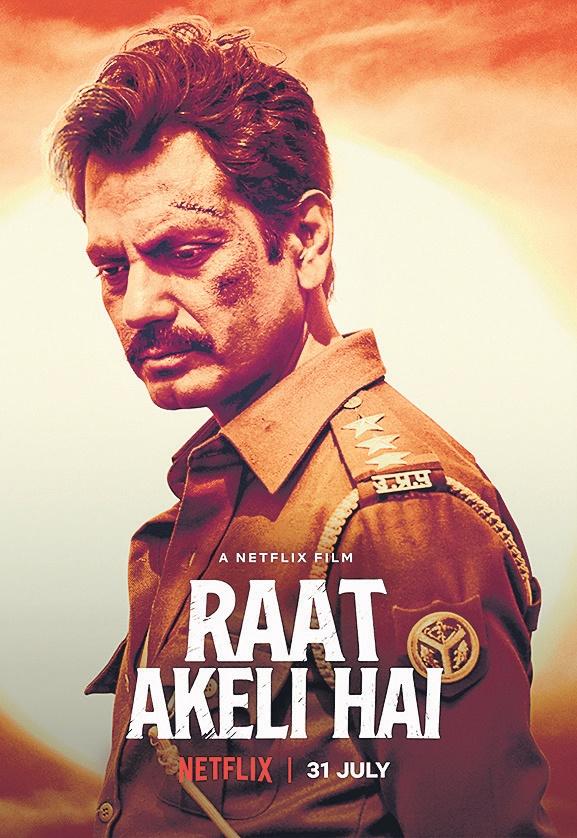 And also check out the trailer of the film.

In neither the poster nor the trailer have Netflix mentioned director Honey Trehan's name or producers,  Abhishek Chaubey and Ronnie Screwvala's names.

Even going further back when Sushant was alive, his film Drive was dropped straight to Netflix, here's how the poster looked when it became a Netflix property... 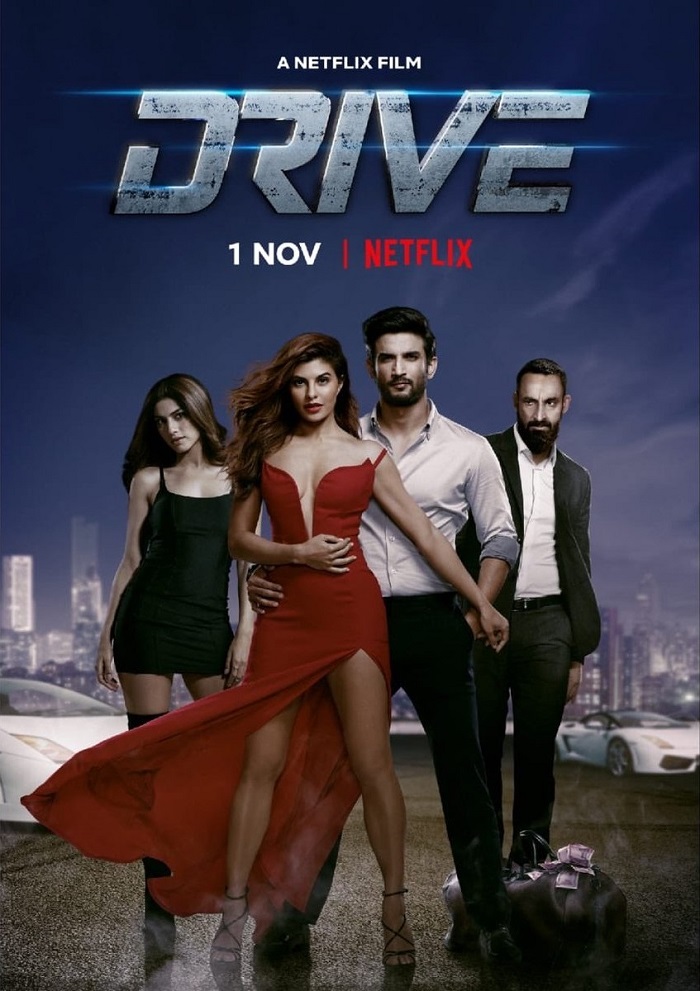 And also the trailer...

Just a reminder that Drive was also produced by Karan Johar's Dharma Productions, and it came out in 2019. Still despite being such a huge name in the business, Netflix avoided using Dharma's name in the posters and trailers that they released. The practice of doing so is something only Netflix can answer.

Hope that this article provides some clarification on the baseless rumours that have been spread with no grain of truth in them.

(The above story first appeared on LatestLY on Aug 04, 2020 07:32 PM IST. For more news and updates on politics, world, sports, entertainment and lifestyle, log on to our website latestly.com).