Himanshu Malhotra: I Spurned Some of the OTT Offers Because of Their Bold Content

Himanshu Malhotra, seen recently playing 'Major Rajeev Kapoor' in Shershaah, says he had to "let go" of some of the web series offered to him because of their "bold content". 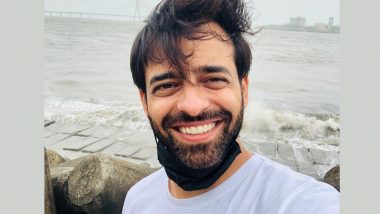 Actor Himanshu Malhotra, seen recently playing 'Major Rajeev Kapoor' in 'Shershaah', says he had to "let go" of some of the web series offered to him because of their "bold content". Bold scenes have become common on OTT, Malhotra said, adding that he would not do them even if the script demanded. "I am not comfortable doing such scenes," he said. "I had to let go of a couple of series because of the intimate scenes I was expected to do. In future maybe my thinking will change and I will be okay with such scenes." Shershaah: Himanshu Malhotra Opens Up About His Role As Major Rajiv Kapoor in The Sidharth Malhotra-Starrer.

As OTT is the much-talked-about platform, Malhotra continued, a lot of actors seem to be interested in it. "I disagree with the view that OTT actors are not stars. I am sure among young people they are really big stars because looking at Instagram fan followings, OTT seems to be helping. But we have different media such as TV, films and OTT. The nature of stardom varies from one medium to the other." Shershaah Review: Sidharth Malhotra's War Film Gets Mixed Reactions From Critics, Many Says 'Yeh Dil Maange More'.

Showbiz, the 'Shershaah' actor said, had exposed the viewers to abusive language, sex and drugs. Commenting on this trend, he said: "Cinema is a reflection of our society. If extra-marital affairs and drugs are becoming common in society, the trend is bound to show up in cinema. The line drawn by our parents and grandparents has already become blurred and it will fade away over a period of time."

(The above story first appeared on LatestLY on Aug 17, 2021 09:31 PM IST. For more news and updates on politics, world, sports, entertainment and lifestyle, log on to our website latestly.com).