Jiah Khan's death is now a three-part BBC documentary which is only available in the UK. The three episodes will explore every event including her demise, the investigation, the pregnancy, and of course, the involvement of Sooraj Pancholi. The first episode was out on January 11 at 9 pm. 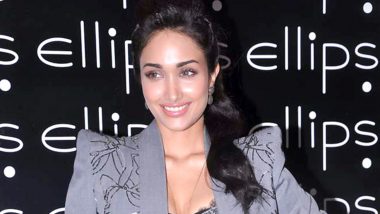 Jiah Khan's demise opened a can of worms which saw Sooraj Pancholi getting implicated with abetment charges by the actress's mother Rabia Khan. Now BBC has come out with a three-part documentary on the actress and her death. The caption below the episodes, which are not available for viewing in India, suggests that her British family are of the opinion that the truth behind her demise is still not out. Sushant Singh Rajput, Disha Salian, Jiah Khan Were All Victim of Serial Killing, Claims the Late Actress’ Mother Rabia Khan

The caption further suggests, "According to her family, various questions about the night of Jiah’s death still remain unanswered. The police never found the tracksuit that Jiah was seen wearing on CCTV just 15 minutes before her death. They soon concluded that Jiah had been driven to suicide by her boyfriend. In Indian law, this is a crime, abetment of suicide, which carries a jail sentence of up to ten years. He denies the charge. Jiah’s mother Rabia hires a private forensic investigator, who raises questions about the forensic evidence and suggests that the police may have been too quick to conclude this was suicide. She is determined to fight on for what she sees as justice for Jiah."

The first episode was aired yesterday at 9 pm and this is how people reacted to it.

Watching #deathinbollywood crazy how they say the investigation was botched from the off, rings a few bells... the same case for SSR's death. The investigation wasn't done properly and the authorities stuck on the story that she committed suicide. pic.twitter.com/rkBlAARy8z

I'm glad this documentary was made because it doesn't take a genius to figure out that the so called 'investigators' didn't do their jobs properly. I mean can you really call it an investigation? Not enough was done. Jiah's family deserve answers #DeathInBollywood

Watching #DeathInBollywood on BBC2 and my heart just breaks for Jiah Khan and her family. Bollywood is all about appearances. Super glamorous on the outside, dirty seedy filth on the inside. And the Indian media is vile in the way it sensationally reports on tragedies like this.

It's a sad time

BBC2’s #DeathInBollywood was such an upsetting watch. I never realised the extent of it. Everything the showed which was not investigated... the tracksuit, phone history, the marks on her body. So, so sad. #justiceforjiah

So sad to see jiah khan’s family still going through the aftermath of a loved one’s death, but so essential to bring to light #deathinbollywood #jiahkhan

Documentary gets the applause

#DeathInBollywood Jiah Khan’s family going through that is unimaginable. I couldn’t take seeing her sisters 😢💔 credit to the team behind this doc.

Jiah Khan was found hanging in her apartment in Mumbai on June 3, 2013. She was only 25. Death In Bollywood started screening on January 11 and will go on till the 13th of this month.

(The above story first appeared on LatestLY on Jan 12, 2021 02:01 PM IST. For more news and updates on politics, world, sports, entertainment and lifestyle, log on to our website latestly.com).