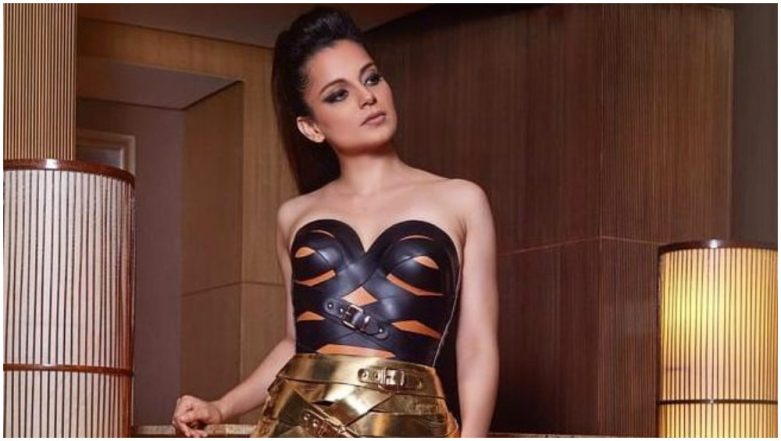 Mumbai, July 8: Actress Kangana Ranaut has said that the fundamental quality of any religion was to empower and not disempower an individual. She was reacting on Zaira Wasim's decision to quit acting. Zaira Wasim Announces Discontinuation From Films, They Interfere With Her Faith Says Bollywood Actress (View Post).

Kangana was interacting with the media at the launch of the song "Wakhra swag" from her forthcoming film "JudgeMentall Hai Kya" here on Sunday. Her co-star Rajkummar Rao, producer Ekta Kapoor, writer Kanika Dhillon, choreographer Bosco Martis and director Prakash Kovelamudi were also present at the event.

Zaira of "Dangal" fame, last month took to the social media to announce her "disassociation from the field of acting" as it "consistently interfered with her imaan, and her relationship with her religion was threatened".

Asked about her views on the Kashmiri actress' decision to quit art because of her religion, Kangana said: "I think any religion should empower you and it should make you independent and confident. It should make your life fulfilling and if you think that your life is already fulfilling, then there is plenty of work to do around you.

"People should try and help their family and friends. There are so many things to do, so we should try and fulfill the environment around us. Essentially, the fundamental requirement of any religion is to empower and not to disempower you." Zaira Wasim Quits Films: A Look Back at Her 5-Year Long Bollywood Journey.

About her film "JudgeMentall Hai Kya", she said: "I think we have made this film very sensibly without compromising on the art quotient, so I think people who cry about being an artiste and being insensitive are just people who do not know how to handle their craft. I feel you can be considerate yet you can give artistically sophisticated films."