#MeToo in Bollywood: Every Word Said And Written About Anu Malik is TRUE Says Alisha Chinai

Post all the allegations, Anu Malik had to step down as the judge of Indian Idol 10. 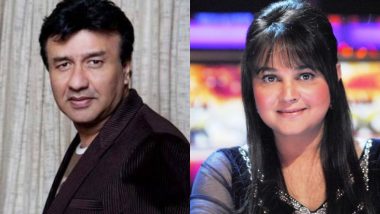 The #MeToo controversy has hit the biggest of names in the Bollywood industry. The recent one who has been engulfed in it is music composer Anu Malik. After singers Sona Mahapatra and Shweta Pandit shared their bits on the alleged sexual harassment done by him in the past, now Alisha Chinai has joined the force. The Made In India fame singer collaborated several times with Malik in the past says that she agrees to the allegations made on Anu Malik.

Speaking with Deccan Chronicle, Alisha said, "Every word said and written about Anu Malik is true. I stand by all the women who have finally spoken up. May they find peace and closure in their lives."

She also further revealed more shocking details saying, "Shweta Pandit, who disclosed her horrific experience with Malik, is the niece of composer duo Jatin-Lalit. Malik has two daughters and all these years he has been preying on girls his daughters’ age. Many of them were attacked in his house with his wife and daughters present."

Post all the allegations, the singer-composer had to step down as the judge of Indian Idol 10. Now, as per the reports, music composer duo Salim-Sulaiman will replace him along with other two judges namely Vishal Dadlani and Neha Kakkar. Earlier, Anu Malik's lawyer issued a statement denying the allegations, calling them 'false and baseless'. He also said that the movement is being used for character assassination. Other personalities who have been accused of sexual misconduct are Nana Patekar, Vikas Bahl, Subhash Ghai, Subhash Kapoor, Sajid Khan, Alok Nath, Chetan Bhagat, Varun Grover, Rajat Kapoor, Sham Kaushal to name a few.

(The above story first appeared on LatestLY on Oct 22, 2018 06:45 PM IST. For more news and updates on politics, world, sports, entertainment and lifestyle, log on to our website latestly.com).