Mohit Baghel No More: From Salman Khan's Ready to Sidharth Malhotra's Jabariya Jodi, Movies that he Acted In

Mohit Baghel was merely 27 and he was suffering from cancer. The young star in his short Bollywood journey had been a part of some popular movies like Ready, Jabariya Jodi and others. 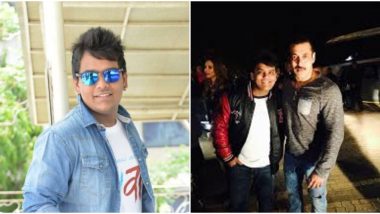 Earlier in the day, we read reports about the sad demise of a very young actor, Mohit Baghel. He was merely 27 but was suffering from cancer and lost his battle to the disease ultimately. Raaj Shaandilyaa in his conversation with PTI had revealed the news about his demise and later took to his Twitter account to offer him his condolences. Actress Parineeti Chopra who worked with him in Jabariya Jodi later reacted to his death news and prayed for his soul to rest in peace. Actor Mohit Baghel Dies At 27 Due to Cancer; Parineeti Chopra Mourns the Loss of Her Jabariya Jodi Co-Star (View Tweet).

For the ones who don't know, Mohit played 'Chote Amar Chaudhry' in Salman Khan and Asin starrer Ready. Apparently, it was the Dabangg star who had spotted him and later offered him a role in Anees Bazmee directorial.

After bagging a big movie like Ready with a big actor like Salman Khan, Mohit was next seen in Jabariya Jodi with Sidharth Malhotra and Parineeti Chopra. However, before coming to Bollywood, he began his career in showbiz in the comedy show Chote Miyan and took his big leap much later on.

Raaj Shaandilyaa had cast him in his next directorial and Mohit considered him as his mentor. The actor had worked with Raaj as a child artist in Comedy Circus.

He was also seen in the lead role in Uvaa film alongside Jimmy Shergil, Sanjay Mishra, Om Puri.

Mohit was always passionate about acting and his same passion prompted him to come down to Mumbai. He was still taking his baby steps in the industry and his death is a tragedy. We at LatestLY pray for his soul to rest in peace.

(The above story first appeared on LatestLY on May 23, 2020 05:50 PM IST. For more news and updates on politics, world, sports, entertainment and lifestyle, log on to our website latestly.com).