Remembering Mohammad Aziz: From 'Aapke Aa Jaane Se' to 'Mard Tangewala', List of His Popular Songs as Singer Passes Away at 64!

Aziz showcased his versatility in many genres including gazals, shayari, sufi music and bhajans! 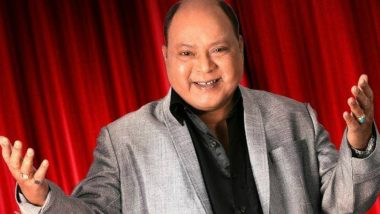 Veteran Bollywood singer/composer Aziz Mohammad who gave us popular tracks such as Aapke Aa Jaane Se from the film Khudgarz and picturised on dancing sensation Govinda breathed his last in Mumbai's Nanavati Hospital today. He was 64 years old. His daughter Sana informed about the veteran singer's demise to a media house. Aziz also garnered instant fame after crooning for Amitabh Bachchan in the movie Mard. Mard Tangewala  launched him into instant popularity zone.

Aziz showcased his versatility in many genres including gazals, shayari, sufi music and bhajans. We remember him with the list of the following compositions that are etched in public memory. It was Anu Malik that gave him the first break post which Aziz worked with many film composers such as Laxmikant-Pyarelal,  Bappi Lahiri, Rajesh Roshan, Raamlaxman, Ravindra Jain, Usha Khanna, Anand-Milind, Nadeem-Shravan, Jatin Lalit to mention a few. He has sung duets with Lata Mangeshkar, Asha Bhosle, Alka Yagnik and many leading singers! Check the list below that stand testimony to Aziz's unmatched talent.

Some of his numbers are mentioned in the list below.

Fans will always remember Aziz for the kind of range he has produced in his capcity of a singer as indeed a composer to contribute to the muisc industry is remarkable. Now you tell us fans, which is your favourite Mohammad Aziz song and mention it in the comment section below.

(The above story first appeared on LatestLY on Nov 27, 2018 07:27 PM IST. For more news and updates on politics, world, sports, entertainment and lifestyle, log on to our website latestly.com).