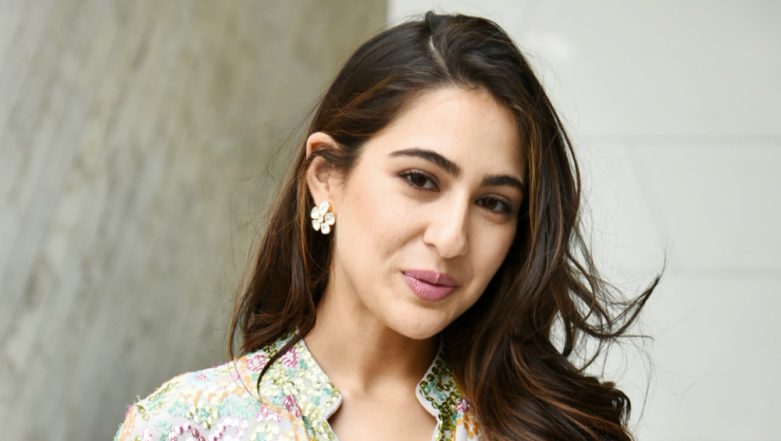 It is Valentine's Day today and Sara Ali Khan is off to a 'New Beginning'! Hold your horses and don't jump to conclusion because this ain't about her and Kartik Aaryan. Not for now... By new beginnings we mean, Sara has purchased a house of her own and has moved in there recently. The stunning beauty took to social media to share a pic of herself lying on the wooden floor of her new house with boxes unboxed around her and captioned it as: "Here’s to new beginnings!" Congratulations, Sara! Sara Ali Khan Will Swipe Right This Actor From Bollywood and It's Not Kartik Aaryan.

While Valentine's Day is all about celebrating love and getting all mushy and showering your loved one with all the attention today, Sara is doing that for herself! Isn't that something to take cues from? So, ladies, if you are single this Valentine's Day, its time to celebrate yourself, just like Sara. Kartik Aaryan Refuses to Talk About Sara Ali Khan Going 'Sararara' About Him - Watch Video.

Check out the first pic from Sara's pad here:

The actress was seen in two movies last year - Kedarnath, her debut film and Simmba, which she bagged even before her first film was released. 2018 was a great year for Sara Ali Khan professionally because she did make quite an impression on the audience. Now people don't laud her only for her acting prowess but also for her undiplomatic and bold attitude. In other news, we might see the actress in the remake of Love Aaj Kal, but nothing is confirmed as of yet.