Besides being a well-known actor on television and in films, actor Sharad Kelkar is also known for his skills as a dubbing artiste. Despite his busy schedule as an actor, Sharad says he never ignores his dubbing duties. 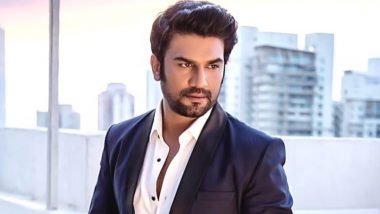 Besides being a well-known actor on television and in films, actor Sharad Kelkar is also known for his skills as a dubbing artiste. Despite his busy schedule as an actor, Sharad says he never ignores his dubbing duties. "I consider dubbing an integral and important part of acting. Practice makes a man perfect and it helps my craft as well. I make money, I dub and learn, too. It enhances my craft and it feels like an added advantage," Sharad told IANS. Laxmmi Bomb Actor Sharad Kelkar To Turn Narrator for Disney+ Hotstar Animated Series, the Legend of Hanuman.

The actor has lent his voice to the dubbing of several Hollywood and regional films in Hindi, including Dawn Of The Planet Of Apes, Guardians Of Galaxy, Captain Marvel, and Baahubali The Beginning. He is very particular about the project he associates himself with as a dubbing artiste. "I choose projects on different parameters. I don't dub for everything. Recently there was 'The Legend Of Hanuman', and it is the highest rated show on OTT. So, I go for good projects instead of randomly picking things," shares Sharad. Laxmii Star Sharad Kelkar Reveals First Big Paycheque Amount He Got for a Promo Shoot.

The actor will also be seen in The Family Man 2, which is scheduled to release in May this year. For Sharad, the method of acting remains the same irrespective of whether the medium is film, TV or OTT. "Shooting for OTT is fun and quick. The waiting period is less. My acting doesn't change. I don't change my acting pattern according to the medium. Whatever medium you give me, I act as I act. I don't differentiate if it is a film or an OTT show," shares Sharad.

(The above story first appeared on LatestLY on Feb 25, 2021 03:15 PM IST. For more news and updates on politics, world, sports, entertainment and lifestyle, log on to our website latestly.com).