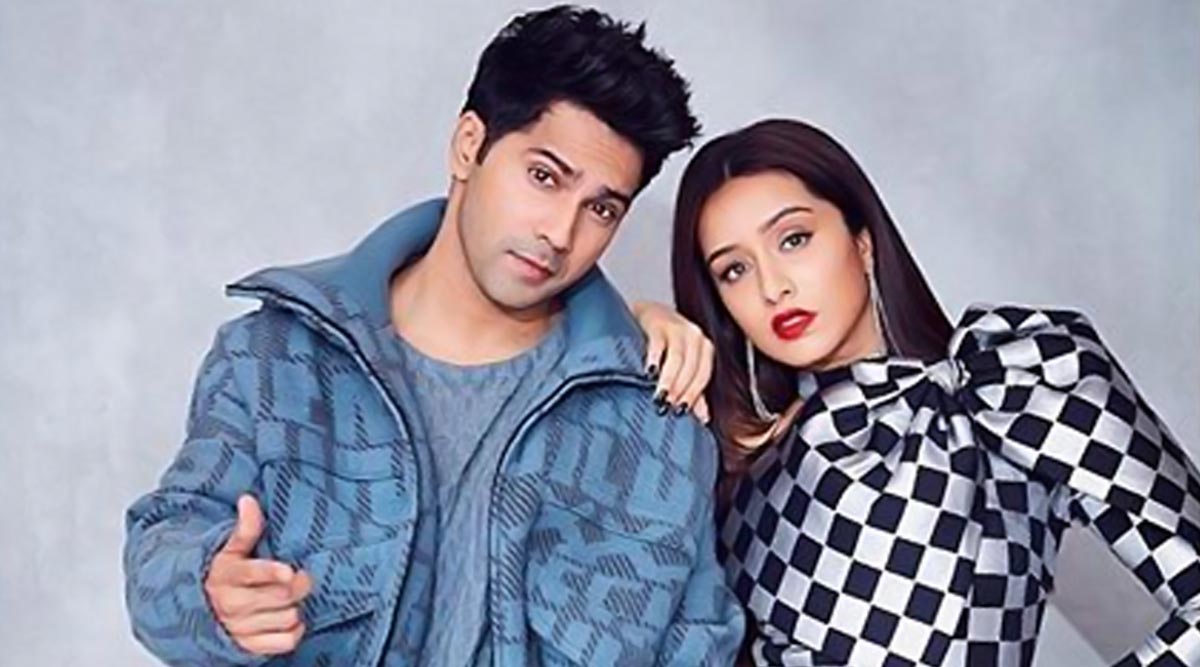 Bollywood actress Shraddha Kapoor has hilariously taken a dig at her Street Dancer 3D co-star Varun Dhawan's first look from his just-announced film Mr. Lele. Varun's first look from the upcoming film, which will be helmed by Shashank Khaitan, was unveiled on Monday. In the teaser poster he was seen wearing just ab underwear and a bright orange fanny pack. Varun Dhawan Is on a Chill Mode for Street Dancer 3D Promotions, His Recent Style Is a Testimony!

Shraddha shared the look on her Instagram Stories and wrote: "Looks like you've stolen my dad's kaccha (underwear). Love it chirkut". "Mr. Lele" will be the third time Khaitan and Varun will be collaborating together. The two have previously worked on hits like "Humpty Sharma Ki Dulhania" and "Badrinath Ki Dulhania". Street Dancer 3D Song Illegal Weapon 2.0: Shraddha Kapoor and Varun Dhawan’s Dance-Off to This Upbeat Number is a Treat for the Eyes! (Watch Video) 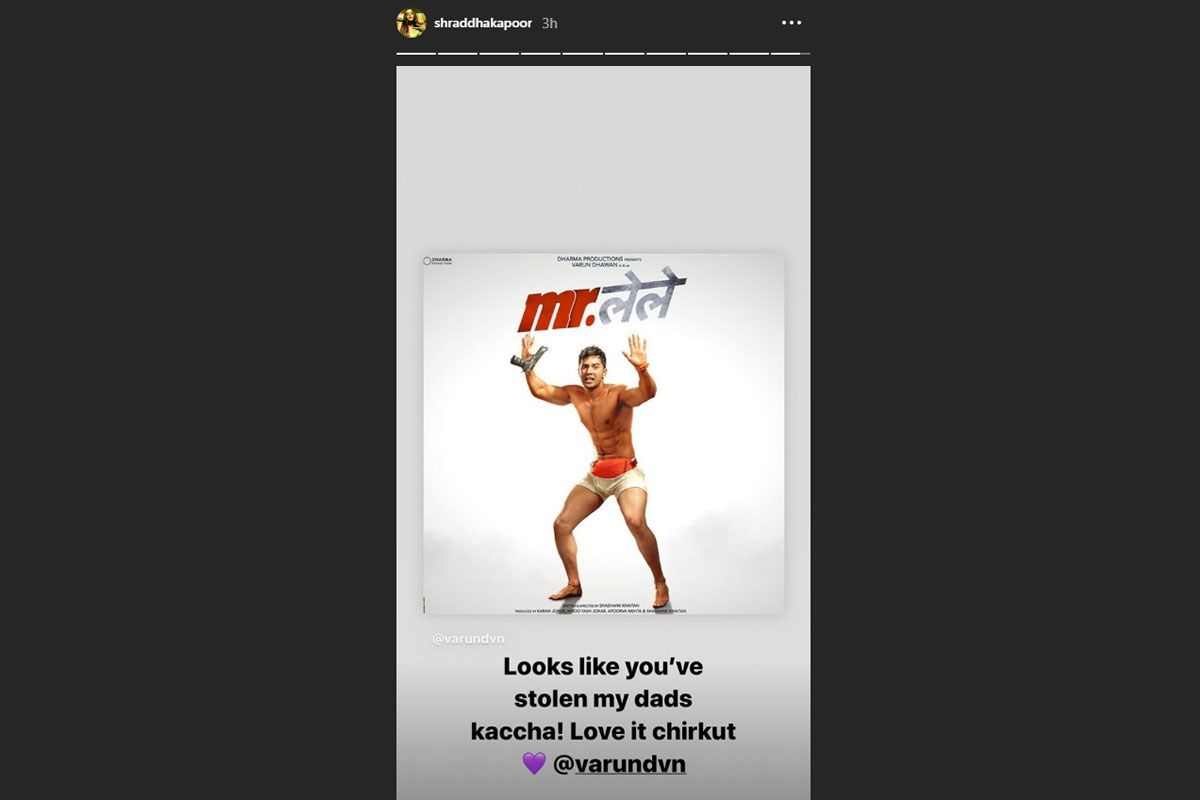 Mr Lele is slated to release on January 1, 2021. Currently, Shraddha and Varun are gearing up for the release of their dance film Street Dancer 3D, directed by Remo D'Souza.