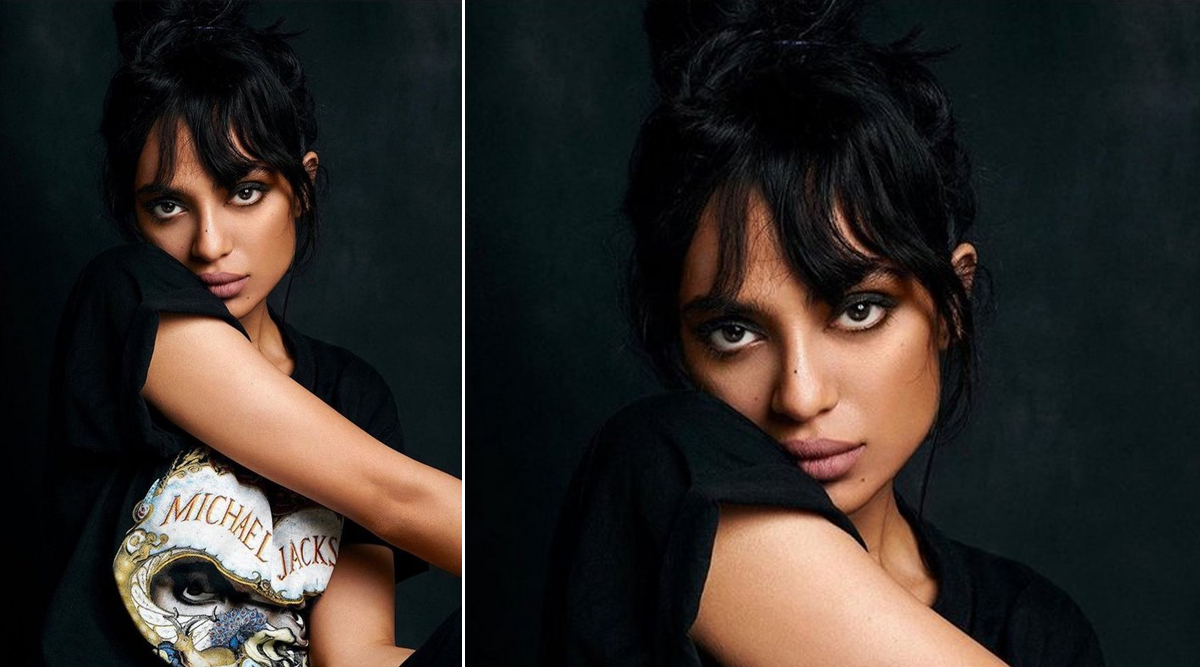 Actress Sobhita Dhulipala says she wants the "prosthetic belly" she wore in "Ghost Stories" for casual use. She had used the belly while portraying a pregnant woman in the horror film. Sobhita took to Instagram Stories, where she shared a collage of herself in a pregnant prosthetic belly and dressed in a red saree. Diet Sabya Calls Out Sobhita Dhulipala for Fake Self-Timer Cosmopolitan ‘Work From Home’ Photoshoot in Instagram Story, and Here’s What Actress Has to Say!

She wrote: "Can the team donate this prosthetic belly to me for casual use thank you." She then posted photograph of herself sitting on a chair and taking a sip from a coffee mug. "Oh look what I found. Another candid photo where I look like a judgemental a******. Why is my face like this. #RBFproblems," she captioned the image. Sobhita Dhulipala Sizzles Like Nobody Else Can in This Fabulously Self Styled, Self-Shot, Photoshoot for Cosmopolitan India’s First-Ever Work From Home Issue!

On the work front, she has been roped in for an important role in director Sashi Kiran's "Major". The film marks Telugu superstar Mahesh Babu's debut as producer and is inspired by 26/11 martyr, Major Sandeep Unnikrishnan. The film stars Adivi Sesh in the title role.

"Major" is inspired on the life of national hero Sandeep Unnikrishnan, the NSG commando who lost his life in the 26/11 terrorist attack in Mumbai. The bilingual film is being shot in Telugu amd Hindi. Produced by Sony Pictures Films India in association with GMB Entertainment and A+S Movies, "Major" is all set release later this year.