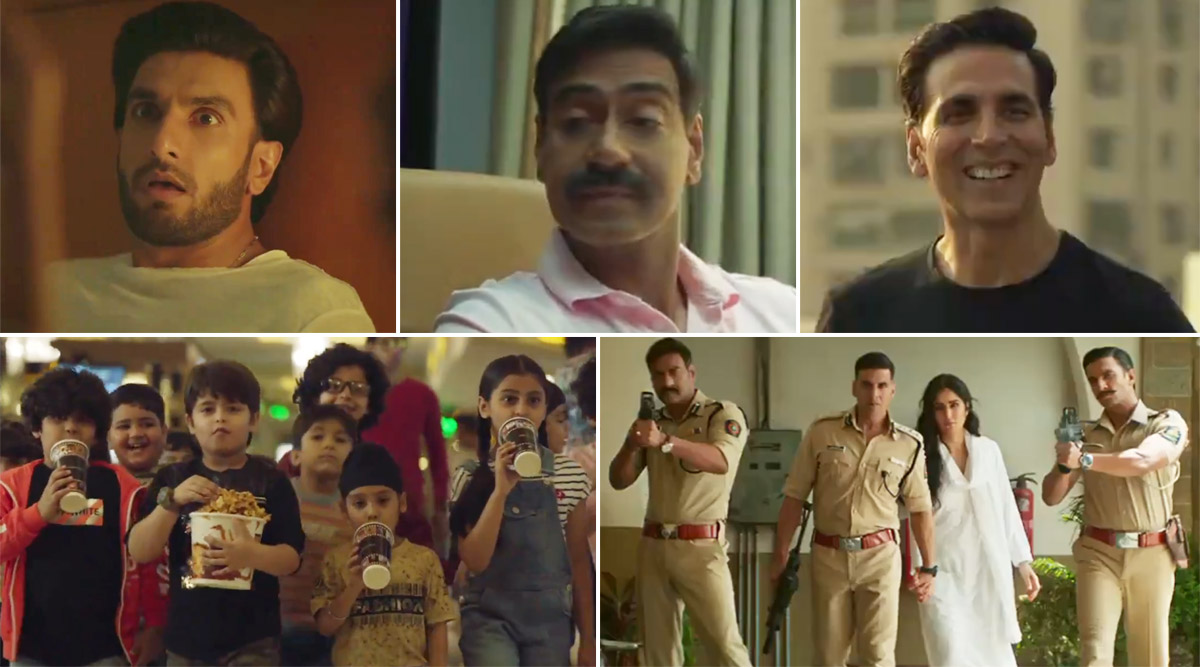 Sooryanvanshi is the most-anticipated film of 2020. It stars Akshay Kumar and Katrina Kaif in the lead and fans are eagerly excited to see this lovely duo back together on the big screens. This Rohit Shetty directorial also features Ajay Devgn and Ranveer Singh in cameo appearances. Besides the amazing star cast (that has already left the movie buffs enthralled), there’s another big reason for fans to celebrate. The upcoming action-packed film, which was earlier scheduled to be released on March 27, 2020 has now been preponed. Yes, Sooryavanshi has got a new release date and that is March 24, 2020. Sooryavanshi: Rohit Shetty Is Running High on Confidence About Akshay Kumar Cop Film, Calls It an Action-Packed Family Entertainer.

The makers have made the big announcement this morning, and that too in the most adorable way. They have released a video in which Akshay Kumar, Ranveer Singh and Ajay Devgn and a bunch of little munhckins are seen. The children are seen handing over a paper cut-out to the actors in which 24th March is written. In the voice over, a kid is heard saying, that from March 24 all the theaters in Mumbai will be open 24x7 and the movie buffs will be able to watch films anytime they wish. Not just that, they have also highlighted that March 25 being Gudi Padwa, which is also a public holiday, the makers will release Sooryavanshi on the evening of March 24. Sooryavanshi: Akshay Kumar and Katrina Kaif's Cop Drama to be Screened 24x7 in Theatres.

With this announcement, the makers of Sooryavanshi have also confirmed that the film’s trailer will be dropped online on March 2. Sooryavanshi is the fourth installment of Shetty’s Police Universe. We bet, this big news must have made your dull Monday brighter!