Sushant Singh Rajput's Sister Shweta Singh Kirti Shares a Post on Bidding Final Adieu to Her Brother, Says 'Celebrate His Life and Give Him a Loving Farewell'

On Thursday, June 18, Shweta took to Facebook to inform that she has reached Patna and that Sushant's Asthi Visarjan (Immersion of ashes) will take place today. 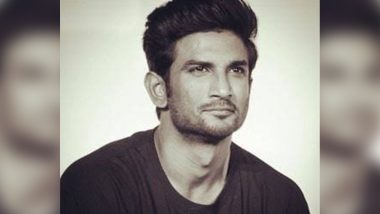 Sushant Singh Rajput's death has come as a shock to one and all. Not only his family and loved ones but Bollywood too has been shattered by his passing. Sushant, aged 34 died by suicide at his Mumbai residence on June 14. The actor's family who were in deep shock arrived in Mumbai for his last rites and have now returned to their home town, Patna. Recently, Sushant's sister Shweta Singh Kirti took to Facebook to share a heartfelt letter she wrote for her late brother. In the heartbreaking note, she wrote, "Sorry for all the pain u had to go through...if I could I would hav taken all ur pain and given all my happiness to u. Your twinkling eyes taught the world how to dream, ur innocent smile revealed the true purity of ur heart. you will always be loved mera Baby and so so much."Sushant Singh Rajput’s Sister Shweta Singh Kirti Pens an Emotional Letter to Mourn the Loss of Her Late Brother.

On Thursday, June 18, Shweta took to Facebook to inform that she has reached Patna and that Sushant's Asthi Visarjan (Immersion of ashes) will take place today. The final farewell is going to be achingly emotional but Shweta in her post asked his fans to celebrate his work and remember him with love in our hearts. She wrote, "Today we will be doing Asthi Visarjan (Ashes Immersion) for Bhai. I again want to ask all to pray for him and send him off with all the fond memories and unconditional love in your hearts. Let’s celebrate his life and give him a very loving and happy farewell."Sushant Singh Rajput's Father Informs Police That He Wasn't Aware of the Actor's Depression, Reveals He Would Feel 'Low'.

Shweta had earlier shared how her five-year-old son had reacted to the news of his uncle’s death. On being told about Sushant’s passing away, her son told her, “But he is alive in your heart." The actor's death has opened up a dialogue on mental health and also nepotism in Bollywood. Netizens have been blaming Bollywood bigwigs for his loss.

(The above story first appeared on LatestLY on Jun 18, 2020 10:10 AM IST. For more news and updates on politics, world, sports, entertainment and lifestyle, log on to our website latestly.com).