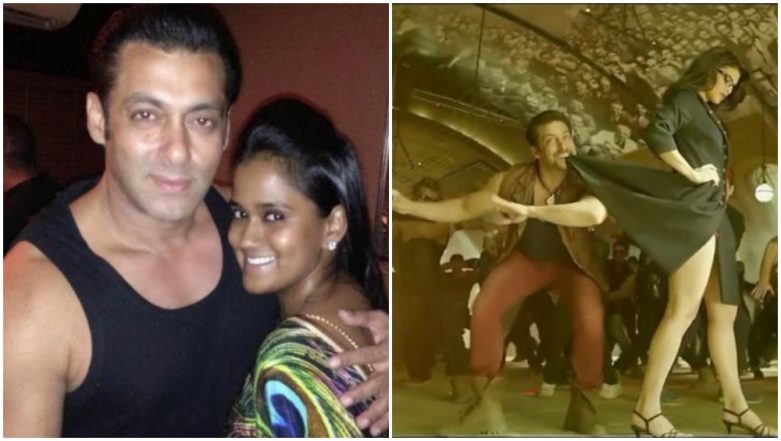 Before they will be seen together in Race 3, Salman Khan and Jacqueline Fernandez were last seen together in Kick. The movie was a huge hit with its songs being chartbusters as well. One such song happened to be Jumme Ki Raat, and one step from the movie had become a huge hit on the dance floors (on the point of being accused of looking derogatory). That step happens to be of Salman Khan catching the helm of Jacqueline Fernandez's skirt with his teeth and then following her on the dance floor.

Recently a video taken at a Bollywood party has gone viral and that features Arpita Khan Sharma and Jacqueline Fernandez dancing to this particular step of Jumme Ki Raat. Only here, it is Arpita who has replaced elder bro Salman Khan and has her teeth on Jacqueline's top.

We wonder if Salman Khan gave full marks to Arpita for pulling off that step. Also where is Mr Khan himself in the above video?

2018 happens to be a special year for Arpita, as her husband Aayush Sharma is making his Bollywood debut with Loveratri. Salman Khan is producing the movie under his banner Salman Khan Films and newcomer Warina is playing the female lead.

As for Jacqueline Fernandez, she was last seen in Baaghi 2 in the Ek Do Teen remix version. Despite her best efforts, Jacqueline received a lot of brickbats for taking on Madhuri Dixit's iconic song.