Dune Part 2: Austin Butler Is in Talks To Join the Cast of Denis Villeneuve’s Sci-Fi Film

Butler is the star of Baz Luhrmann's upcoming 'Elvis', which also comes from 'Dune' studio Warner Bros. The musical biopic is rumoured to be world premiering at Cannes ahead of its June 24 theatrical release. 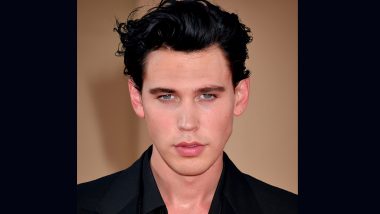 'Elvis' star Austin Butler is in talks to join the cast of Denis Villeneuve's 'Dune: Part 2' as the antagonist Feyd-Rautha, the sadistic nephew of Baron Vladimir Harkonnen and the heir to the Harkonnen empire. The role is one of the most important new characters appearing in 'Dune: Part 2'. Florence Pugh Is in Talks for Denis Villeneuve’s Sci-Fi Epic Dune Sequel – Reports.

A source close to the project told variety.com that Butler is in "the very early stages" of joining the film. Butler joins the franchise alongside Florence Pugh, who was announced earlier this week as being in final negotiations as Princess Irulan.

With his casting in 'Dune: Part 2', Butler joins the returning ensemble of Villeneuve's franchise that includes Timothee Chalamet, Rebecca Ferguson, Josh Brolin, Stellan Skarsgard, Dave Bautista, Zendaya and Javier Bardem. Production on the sequel is expected to start this summer, and the film is slated to hit theaters on October 20, 2023. Butler's role of Feyd-Rautha was played by Sting in David Lynch's infamous 1984 film adaptation. Dune: Part Two – Austin Butler In Talks To Play Feyd-Rautha In Denis Villeneuve’s Film.

Butler is the star of Baz Luhrmann's upcoming 'Elvis', which also comes from 'Dune' studio Warner Bros. The musical biopic is rumoured to be world premiering at Cannes ahead of its June 24 theatrical release.  Butler's additional credits include a supporting role in Quentin Tarantino's "Once Upon a Time in Hollywood." He first broke out as a cast member on the ABC Family series "Switched at Birth."

Butler's upcoming projects also includes a role in the Apple TV Plus limited series 'Masters of Air.' Villeneuve teased 'Dune: Part 2' earlier this year in an interview with Empire magazine, saying, "Some new characters will be introduced in the second part and a decision I made very early on was that this first part would be more about Paul Atreides and the Bene Gesserit, and his experience of being in contact for the first time with a different culture. Second part, there will be much more Harkonnen stuff."

(The above story first appeared on LatestLY on Mar 11, 2022 11:33 AM IST. For more news and updates on politics, world, sports, entertainment and lifestyle, log on to our website latestly.com).