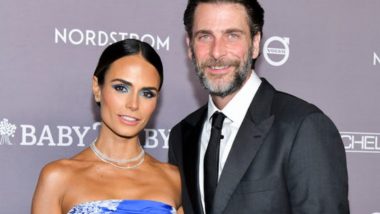 The Fast and the Furious actress Jordana Brewster and husband Andrew Form have decided to go separate ways. The couple filed for divorce after 13 years of marriage. The actress and film producer met on the set of 2006's The Texas Chainsaw Massacre: The Beginning, which starred Brewster. The couple had tied the knot in 2007 in Bahamas. Brewster and Form share two sons: 6-year-old Julian and 4-year-old Rowan. The news hasn't come as much of a surprise though given that reports earlier suggested that the couple had quietly separated earlier this year. Jordana Brewster Birthday Special: Checking Some Unknown Facts about the Fast & Furious Actress that Should be Known.

As reported by People, the divorce was "amicable". A source close to the couple also informed People that, "They remain committed to lovingly co-parent their two children as a team." While Brewster is a known actress who has worked on the Fast and Furious series, her husband Andrew Form has been the producer on films such as A Quiet Place, The Purge and so on. Previously, in an interview, Brewster had spoken about Form being a great dad as she said, "That’s more romantic to me than going out on a date night, the fact that my husband is such a good dad.”

Brewster had last taken to Instagram to share a picture of Andrew Form back in April when she shared an amazing snap of Form along with their sons and also her father. The last time Jordana and Andrew made a red carpet appearance was in November 2019 when they attended the Baby2Baby Gala.

(The above story first appeared on LatestLY on Jul 08, 2020 08:57 AM IST. For more news and updates on politics, world, sports, entertainment and lifestyle, log on to our website latestly.com).