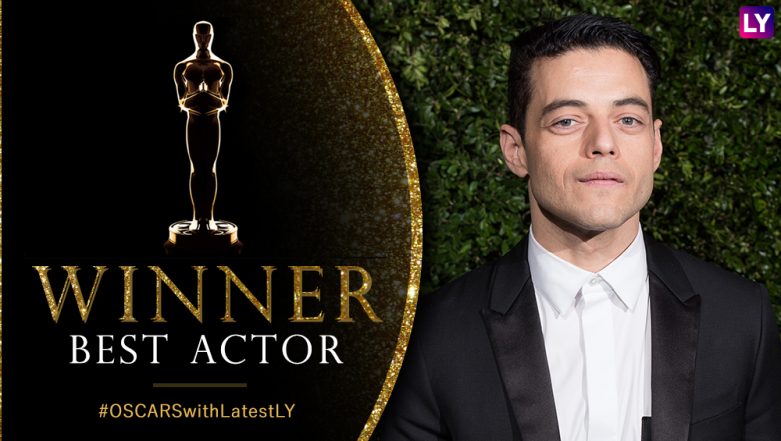 It was always going to be a controversial one, this category. Viggo Mortensen, a veteran who so deserves a win one day, took a nomination for the controversial choice Green Book. Christian Bale's chameleonic transformation in Vice as the former US vice president Dick Cheney was admirable indeed. Bradley Cooper might have missed out on the Best Director nomination but he got one for Best Actor for his act in A Star is Born. Then there is another talented actor Willem Dafoe, who also deserves a win some year, this time nominated for At Eternity's Gate. However, this year it belonged to Mr Robot star Rami Malek. Oscars 2019: Karan Johar Predicts Big Win For Roma, Bohemian Rhapsody's Rami Malek at 91st Academy Awards.

The actor's transformation as former Queen frontman, the late Freddie Mercury, was appreciated in Bohemian Rhapsody. He was the favourite to take away the trophy which Rami finally managed to do so. We are sure all the Queen fans will be happy with this win.

And the #Oscars winner is... pic.twitter.com/Q6DJG2tQYY

Rami Malek also confirmed his relationship with his Bohemian Rhapsody co-star Lucy Boynton the same night. Not only was she his companion for the night, Rami even thanked Lucy in his winning speech and for being there in his life. Awww!

Rami Malek made his presence felt in movies like Night at The Museum series and Need For Speed movie. But it was his schizophrenia-suffering hacker in the series, Mr Robot that made the world notice this wonderful actor. Now with his first Oscar win, the world is now an open oyster for Malek.