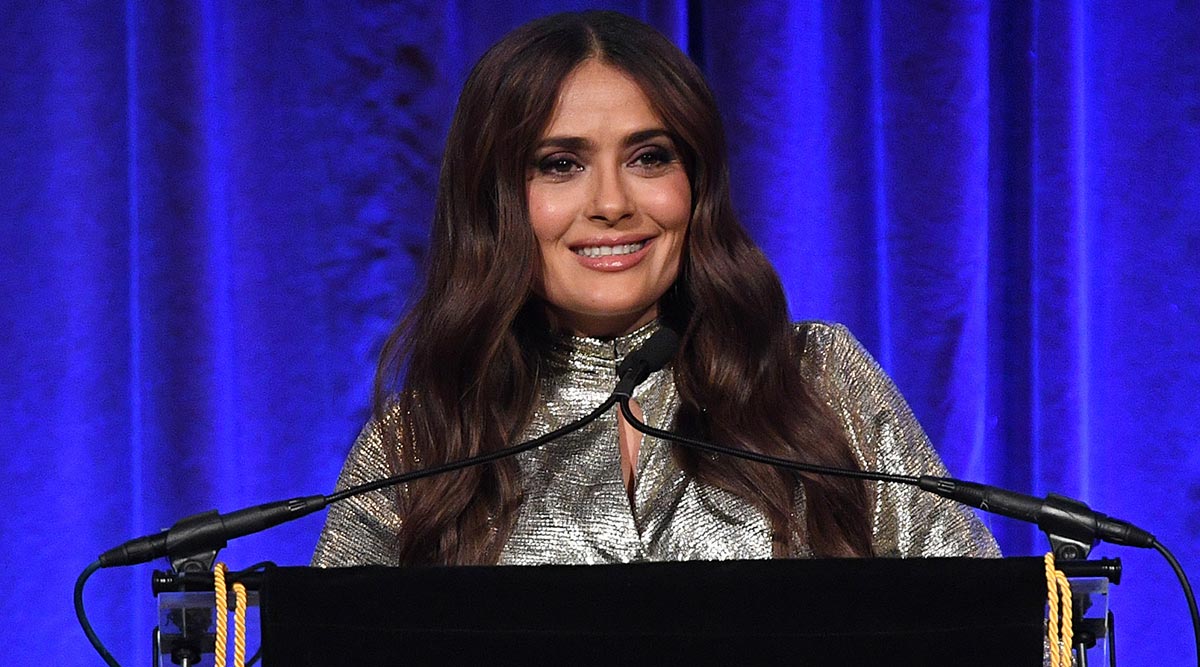 Actress Salma Hayek suffered "severe" injuries when she was attacked by a monkey while working on her 2002 film Frida. Hayek, 53, opened up about the incident in a new video for Vogue, in which she discusses some of the most iconic fashion moments throughout her career, reports aceshowbiz.com. Opening up on a photoshoot she did with the monkey at the time, Hayek said: "This next one is 2002 when I did Frida and this was in Vogue, and I was very proud to be part of Vogue for the first time in my life." The Eternals: Angelina Jolie, Salma Hayek and Cast Have a Blast at Pre-Christmas Bash! (View Pic)

"This monkey, who was named Tyson, actually attacked me during the filming of Frida, and I was really severely injured. But I was brave enough to let him come back and work again in the movie, and then I still did a photo shoot with him for Vogue afterward," she said. Salma Hayek Shares a Picture with Game of Thrones Star Kit Harrington, Says She’s Excited to Work with Him in Marvel’s Eternals.